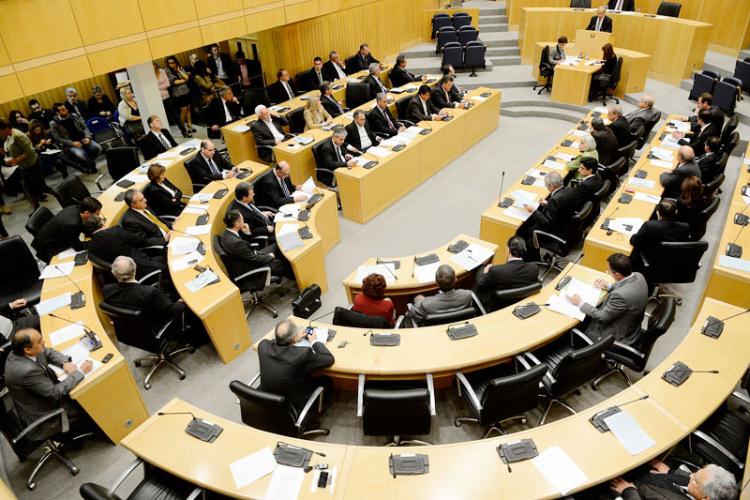 On Tuesday evening, Cyprus’ House of Representatives has approved the 2015 state budget that was agreed with the Troika, as the country is still under a bailout program. The budget was approved with 29 votes for and 26 against. It should be noted that House President Yiannakis Omirou was not present, as he is currently replacing Cypriot President Nicos Anastasiades who has recently undergone heart surgery and is recovering in New York.

The 2015 budget passed with MPs’ votes from ruling Democratic Rally (DISY), Democratic Party (DIKO) and European Party (EVROKO), while it was rejected by the Movement for Social Democracy (EDEK), the Greens, Citizens Alliance and independent MP Zacharias Koulias.

The plenary also passed 19 out of 20 amendments tabled by the government. In addition, parliamentary parties tabled a total of 35 amendments of which 19 were approved, while the House of Representatives will convene in an all-day session next Thursday in order to complete its legislative work for the current year.