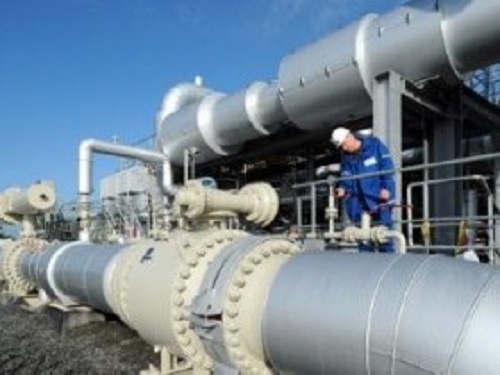 Natural gas prices for industrial and household users are expected to fall by 20% in the first quarter of 2015 as a result of falling international oil prices, Greek Deputy Environment, Energy and Climate Change Minister Makis Papageorgiou said on Tuesday.
Addressing an energy conference in Athens, Greece, Papageorgiou said natural gas prices were expected to fall by 5.0% in January, for a total decline of 20% in March, adding to a 15% discount in prices achieved after negotiations between Greek natural gas company DEPA and Russian Gazprom last year.
The Greek Minister said this decline was the result of a link between natural gas prices and crude oil prices with a three-month delay, and noted that crude oil prices were expected to continue falling, with international analysts predicting a drop to around 40 US dollars per barrel, a development which could have a positive effect on the Greek economy.
Papageorgiou said that Azeri Socar was currently in negotiations with competition authorities in the European Union to complete a deal of purchasing a 66% equity stake in Greek DESFA and noted that one of the plans examined was the transfer – at a later stage – of a 17% equity stake from Socar in order to cut its participation in DESFA to 49%.
Commenting on a decision to scrap the South Stream natural gas pipeline project, Papageorgiou said this could speed up procedures to double the capacity of TAP pipeline to 20 billion cubic meters annually, from 10 billion in the original plan.
(source: ana-mpa)

Stunning Mosaics Made by Expired Pills Created by Greek Doctor