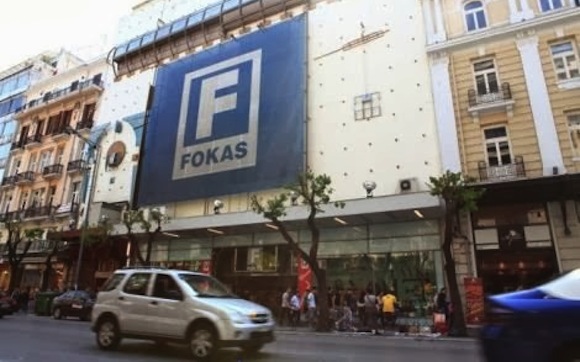 Some 6,000 workers made redundant in France, Greece, Italy and Poland will receive EU aid worth €35.5 million to help them find or create jobs, Parliament decided on Tuesday. The four applications (Odyssefs Fokas: €6.44 million for 600 workers, Air France: €25 million for 3,886 workers, Whirlpool: €1.89 million for 608 workers, Fiat Auto Poland: €1.26 million for 777 workers) to the European Globalisation Adjustment Fund (EGF) were to be approved by Council of Ministers by today.

Greek retailer Odyssefs Fokas was forced to let go of 600 workers due to a huge drop in purchases, caused mainly by falling household income in Greece , which has the world’s fifth highest unemployment rate. At the same time, the firm suffered from drastic cuts in business lending as Greek banks struggled to stay afloat.
The €6.44 million in EGF aid, approved by 610 votes to 77 with 13 abstentions, would be used to help former Odyssefs Fokas employees to start their own businesses or to get re-trained. This is the third application for EGF aid for a Greek retailer.

The European Globalisation Adjustment Fund was set up to provide additional support for workers made redundant as a result of major structural changes in world trade patterns due to globalisation or the financial crisis and to help them find new jobs. Between 2014 and 2020, the annual ceiling of the fund is €150 million.

Redundant workers are offered measures such as support for business start-ups, job-search assistance, occupational guidance and various kinds of training. In most cases, national authorities have already started taking measures and have their costs reimbursed by the EU when their applications are finally approved.
(source: European Parliament)