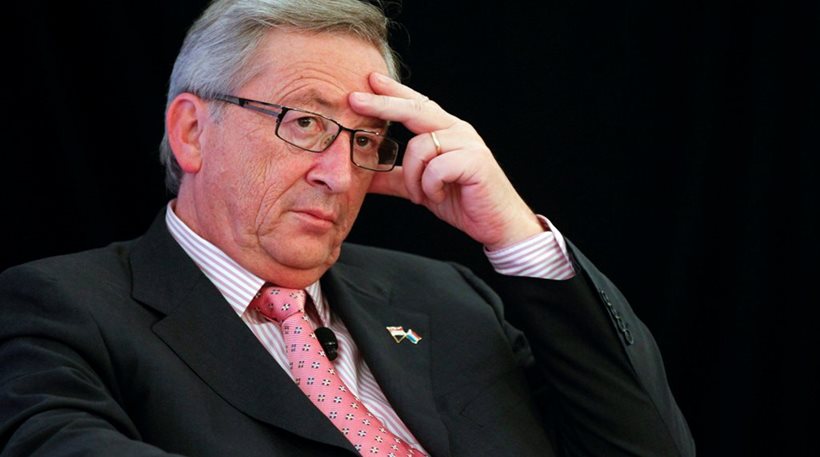 European Commission President Jean-Claude Juncker made the controversial statement on Thursday that Greece should avoid electing “extremist forces” into power, according to EUobserver.
Juncker was participating in a debate with EUobserver and other Brussels-based journalists for Austrian public television. Commenting on the upcoming Greek presidential elections and the possibility of general elections, the commission head said that he would prefer “known faces” in the Greek government.
“I think that the Greeks — who have a very difficult life — know very well what a wrong election result would mean for Greece and the eurozone,” Juncker said.
“I wouldn’t like extreme forces to come to power,” he further stated. When asked if by “extreme forces” he meant leftist opposition SYRIZA, he replied: “I would like Greece to be ruled by people who have an eye and a heart for the many little people in Greece and who also understand the necessity of European processes.”
SYRIZA leads consistently in opinion polls and chief Alexis Tsipras and MPs have started stating with certainty that they will be in power in early 2015. The leftist party wants a big part of the sovereign debt erased and the lift of all austerity measures implemented so far. Also, several of its members express their disaffection with the EU.
After the announcement of the presidential election, the Athens Stock Exchange plunged by almost 13 points on Monday and drops ever day since. On Thursday, it dropped 7.35 percent. International markets are jittery and Greek ten-year bond yields went up.
Juncker commented on the choice of Stavros Dimas — former commissioner for the environment — for president of the Hellenic republic by saying diplomatically, “I would prefer if known faces show up.”