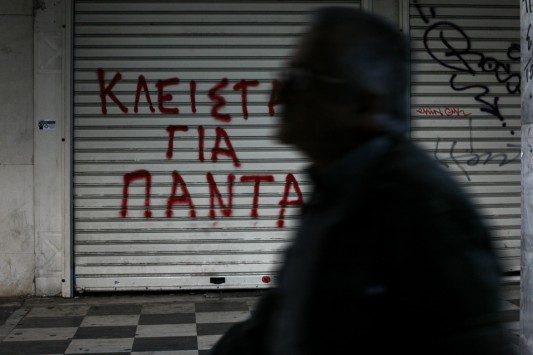 The turnover of stores in Greece is expected to show a huge drop this holiday season, in contrast with its usual increase, due to the risk of early elections. Meanwhile, tourism is also expected to drop significantly because of SYRIZA’s negative comments regarding all-inclusive vacation packages.
Even during the crisis’ worst moment, store owners could always relax before winter holidays. The Christmas shopping season used to be the most profitable time of the year. However, in 2014, store owners are not so optimistic.
According to a survey conducted by PwC and published in Euro2day, Greeks’ average expenditure during Christmas shopping season dropped by 12.5%, compared to last year, while Greeks are expected to spend less than 400 euros per capita.
The possibility of a significant turnover drop in Greece is attributed to the political developments and the possibility of early national elections, which scares people into holding on to any money they have left.
Furthermore, store owners are not the only ones who have felt the impact of political developments. Tourism, Greece’s largest industry, has also shown worrying signs. SYRIZA leader Alexis Tsipras made a public statement regarding all-inclusive vacation packages, saying that they are the memorandum program of the tourism industry.
His statement may possibly affect the hotel industry. Meanwhile, hotel owners are calling for stability, while defending their all-inclusive packages which have helped them get through the hard times.