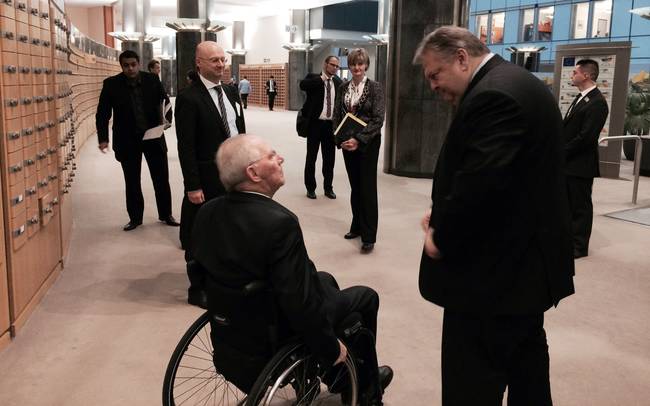 To the reforms and the progress Greece has made during all this time, referred the German Finance Minister, Wolfgang Schaeuble, after his meeting with Greek government Vice President and Foreign Minister Evangelos Venizelos, earlier this afternoon in Berlin.

“Greece has gone through difficult but successful years. The reforms have made significant progress and Greece is in a much better shape than some would think. The road of reforms was successful. Greece submitted a two-month extension application of its program and next week the German government will bring the matter to a vote in the German Parliament. Right after the successful completion of the program, there will be a preventive credit line. The partners will continue to help Greece,” the German Finance Minister said.

“We have been through hard times in order to tackle the crisis. Mr. Schaeuble is able to understand better than anyone else the sacrifices made by the Greek people in the last five years, as he is a key figure in the Eurogroup. The Greek economy, thanks to the European solidarity and the efforts of the Greek people, is now in a different position. We have a primary surplus, positive growth and a solid banking system. Although, there is still the major issue of political stability. As Mr. Schaeuble knows, we decided, together with Greek Prime Minister Antonis Samaras, to accelerate the process to elect a new President of the Hellenic Republic. If we have a positive result, we will also have 18 months to the end of the government’s term in order to manage national mobilization for the economy’s take off.”

Greek Hotel Named Best All-Inclusive in the World by TripAdvisor