Explosives and Molotov Cocktails in Support of Hunger Striker 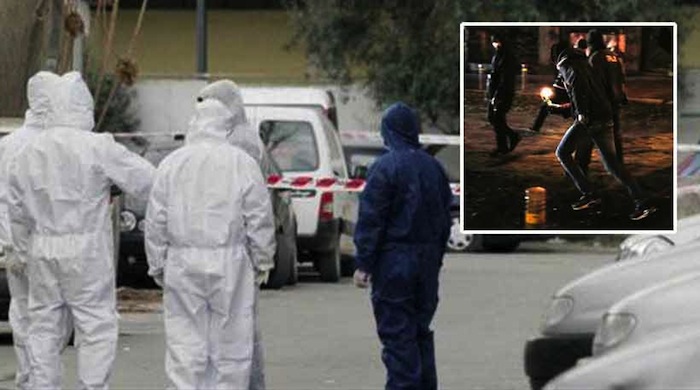 An explosive mechanism in a bank and the burning of a bus with molotov cocktails were the latest actions of supporters of hunger striker Nikos Romanos today.
Earlier this morning, a man called newspaper Efimerida ton Syntakton and said that a time bomb that will explode at 6 a.m. was placed in a bank in Chalandri, a northern Athens suburb. The man who called said the action was in support of Nikos Romanos.
Police and the Explosive Devices Neutralization Unit arrived on the spot and cordoned off the surrounding area. Men of the special unit found a knapsack that contained a coffee can full of gunpowder and a detonation device, then proceeded to a controlled explosion. Police say that the explosive device was powerful but it didn’t explode for some reason. Police suspect it was an act of a terrorist group.
Around the same time, at 5:30 a.m., about ten men wearing hoods came out of the old building of the National Technical University of Athens (Polytechneio) and stopped a passing public bus. After they broke the windows with crowbars, they threatened the 17 passengers that if they don’t get out of the bus, they would burn them alive.
The bus driver opened the doors and the passengers ran out panic-stricken. The anarchists threw three molotov cocktails inside the bus and shouted that their act was in support of Nikos Romanos. The bus was damaged and blocked traffic on Patision avenue.
The building of the National Technical University of Athens — along with other university and technical college buildings around Greece — is occupied in support of the 21-year-old convict who refuses to eat protesting the court’s denial to grant him educational leave.