GRNews
GreekReporter.comGreeceWho is Stavros Dimas, Nominee for the New Greece 's President of...

Who is Stavros Dimas, Nominee for the New Greece 's President of the Republic 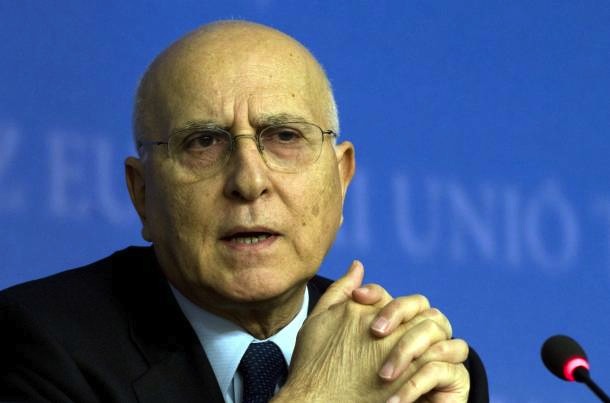 Former EU Commissioner and former minister Stavros Dimas will be candidate for President of Hellenic Republic in all three votes, Greek Prime Minister Antonis Samaras announced on Tuesday.
Stavros Dimas was born in 1941 in Corinth, Greece. He studied law at the Athens University and political and economic science in London and New York. He has worked at a Wall Street firm and as a World Bank executive.
In 1975, he was appointed deputy governor of the Hellenic Industrial Development Bank. He was also member of the negotiating committee for the accession of Greece to the European Economic Community (EEC).
He was first elected deputy to the Greek Parliament under the New Democracy party in 1977. He served as New Democracy’s parliamentary spokesman between 1985 and 1989.
Between 1989 and 1991, he served as minister of Agriculture and then as Industry, Energy and Technology minister. In January 1995, he was appointed secretary-general of New Democracy’s parliamentary group.
In March 2004, he was appointed European Commissioner for Employment and Social Affairs, taking over the role from the previous Greek Commissioner Anna Diamantopoulou, while in November 2004 he assumed the environment portfolio.
In July 2010, he was appointed New Democracy vice president for the sector of Economy, Development and Competitiveness, Shipping, Energy, Environment, Infrastructure and Transport, Health, Social Policy and Government Programme. In November 2011, he was sworn in as Foreign Minister in Lucas Papademos’ interim coalition government.
He is married and has three children.
(source: ana-mpa)