GRNews
GreekReporter.comGreek NewsCulturePlay Based on Kazantzakis' Works Opens in NYC

Play Based on Kazantzakis’ Works Opens in NYC 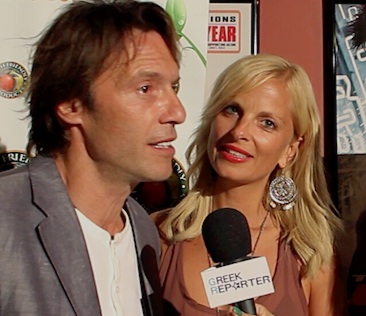 Famous Greek actor Stratos Tzortzoglou will travel to New York for his new play “The Shout,” a musical (oratorio) performance based on Nikos Kazantzakis‘ “The Saviors of God/Askitiki” and “Report to Greco.”

The play is a poetic composition, combining the robust style of “The Saviors of God” and the apologetic dynamism of “Report to Greco.” Tzortzoglou manages to bring Kazantzakis to life on stage, through his reflections about his lonely path in search for God. The play illuminates the existential resurrection, the exaltation of the senses, the burning mind and the threat of passion, while also following, step by step, Kazantzakis’ universal reflections that remain unsurpassed to this day.

“The Shout” shows Kazantzakis’ desire to identify chaos and subdue his Ego in his journey towards wisdom and ephemeral victory. In the author’s own words: “You shall never be able to establish in words that you live in ecstasy. But struggle unceasingly to establish it in words. Battle with myths, with comparisons, with allegories, with rare and common words, with exclamations and rhymes, to embody it in flesh, to transfix it! God, the Great Ecstatic, works in the same way.”

The play is supported by “Nikos Kazantzakis” Foundation under the auspices of the Greek Culture Ministry. It stars Tzortzoglou and is directed by Reina Eskenazy. The show will begin its world tour at Stathakion Cultural Center in New York City from January 30, to February 7, 2015, (5 shows) and then move on to the Greek Cultural Center of Astoria from February 12 to March 15 (20 shows).