GRNews
GreekReporter.comGreeceGreek Tourism Minister: The Unpleasant Possibility of New Taxation Does Not Facilitate...

Greek Tourism Minister: The Unpleasant Possibility of New Taxation Does Not Facilitate Our Plans 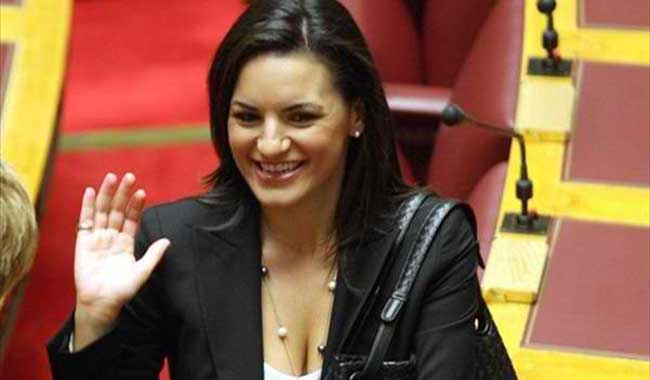 Her optimism regarding the counterbalance of possible new taxation in the tourism industry expressed yesterday, during the budget debate in the Greek Parliament, Tourism Minister Olga Kefalogianni, declaring at the same time that the Ministry is in constant communication with institutions in order to take absorption measures in case the government proceeds with the imposition of new taxation on the tourism industry.

“The possible of new taxation in the tour package and the residence in particular, does not facilitate our plans. After so many years of recession, such a development may in no case be pleasing, especially when it concerns the Greek economy’s predominantly developmental branch,” Kefalogianni said, adding that she has “serious doubts regarding the measure’s effectiveness.”

Despite that, though, the Minister declared that she understands “the seriousness of the situation” and joins the “line of responsibility,” which, as she characteristically said, requires “solutions and not just conclusions.”

Referring to the clashes between riot police and protesters that shook Athens on Saturday, she underlined that such images harm the country’s image abroad. “We witnessed vandalism, destruction of property, horror conditions for our city’s residents. Such images take us back to a sad past. A past that with many efforts we have tried to erase from the memory of millions of people worldwide. These images seriously harm our country. Seriously harm Athens. They are sending the wrong message at the wrong time,” Kefalogianni concluded.

Last week, scenarios leaked regarding a possible rise in the VAT rate for hotels, from the current 6.5% to 13%, which caused the strong reaction of Greek tourism industry professionals. Association of Greek Tourism Enterprises (SETE) chief Andreas Andreadis characterized such a move as “suicidal,” while Hellenic Chamber of Hotels (HCH) President Giorgos Tsakiris, in a letter to Prime Minister Antonis Samaras, asked him to personally intervene in order to prevent the tourism VAT rate increase.