The Unnamed Island in Ioannina Lake 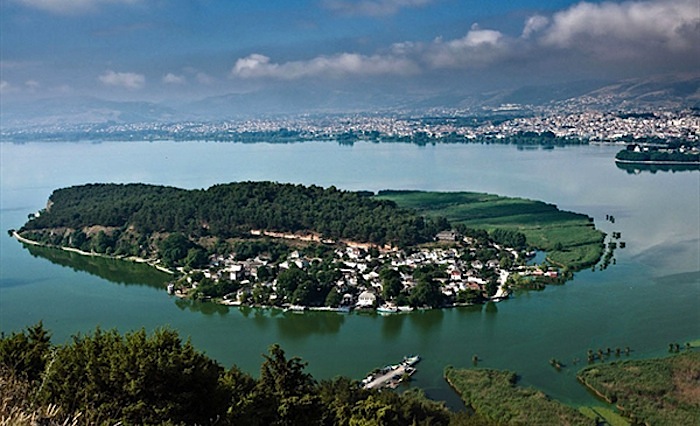 One of the very few inhabited lake islands in Europe is in Greece. The island of Ioannina lake holds a unique record as it is the only inhabited island of its size in the world without a name. 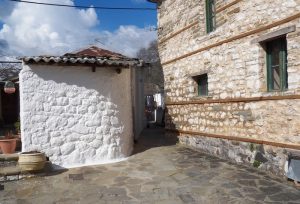 The verdant island of 200 square kilometers is home to more than 300 people. It is known for its traditional Epirus stone-built settlement and once was the base of Ali Pasha of Janina in the early 19th century. In its tiny heartland, there are seven Byzantine and post-Byzantine monasteries built next to each other, which made it an important place for monasticism in the past. This traditional monastic community is the third largest in the country after those in Mount Athos, Macedonia, and Meteora in Thessaly. 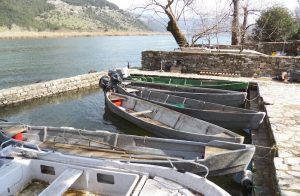 The island stands in the middle of a lake that is steeped in legends. The best known is the legend of Dame-Frosini, a woman claimed by three men — Ali Pasha, his son and a Greek citizen of Ioannina. Dame-Frosini was later found drowned in the lake. Another legend describes a secret tunnel which leads from the island to the city. The island was the location of the monastery of Saint Pantaleon until January 17, 1882. 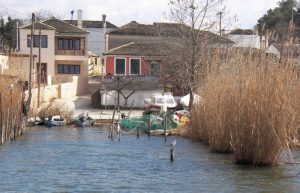 The Museum of Ali Pasha, the legendary Ottoman leader who rebelled against the Sultan and was killed in the rebellion, can also be seen on the island. His room is accessible and the holes from the bullets which killed him are still visible. In addition, local costumes and documents of the era, as well as personal objects of Ali Pasha and Dame-Frosini are on display.

Locals believe that the island’s first inhabitants came from Mani, in the Peloponnese, but this claim has never been historically proven. Archaeological discoveries showed that the first settlement was built on the island during the Copper Age. It reached its prime in the 13th century, when the Despotate of Epirus was established. Four temples were built on the island at that time, while three centuries later, another two followed, resulting in the area becoming one of Byzantium’s cultural and religious centers.

Its decline came along with Ali Pasha, who trespassed on the monasteries and imposed heavy taxation on the inhabitants. Its natives only returned after his death in 1822. The region of Epirus and the city of Ioannina was liberated by the Greek Army and united with the modern Greek state on February 21, 1913.
Visitors can reach the island by small boats which depart from Ioannina every 30 minutes, for a journey which takes only 10 minutes.
(Photo Credit: Efi Pantazi)