Suspect in Greek MP Bribery Case to Testify on Monday 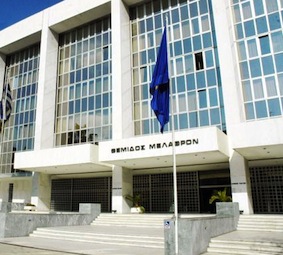 The public prosecutor investigating allegations of possible MP bribery has summoned Giorgos Soukouris, who was named by Independent Greeks MP Stavroula Xoulidou, to testify in the case as a suspect on Monday. According to Xoulidou, he had hinted that she might receive a sizeable amount of money if she agreed to break the party line and participate in a vote for a new president in the present Greece ‘s Parliament.
According to sources, the prosecutor in charge of the case considers that evidence presented on Thursday by Independent Greeks party leader Panos Kammenos implicates Soukouris and needs to be evaluated. Kammenos apparently presented evidence, including a video, that seemed to indicate the suspect had closer ties to New Democracy than he asserts.
Xoulidou testified that Soukouris had suggested that her vote for a new Greek president might earn her two to three million euros and had also dropped hints that the now independent MP Panagiotis Melas, who quit the Independent Greeks party in the wake of these allegations, had accepted the bribe.
Melas, who has filed a civil suit over the issue, has denied all the above as slander. Soukouris has also denied Xoulidou’s claims, saying that his contacts with ND members were for issues relating to ethnic Greeks from Albania.
(Source: ana-mpa)