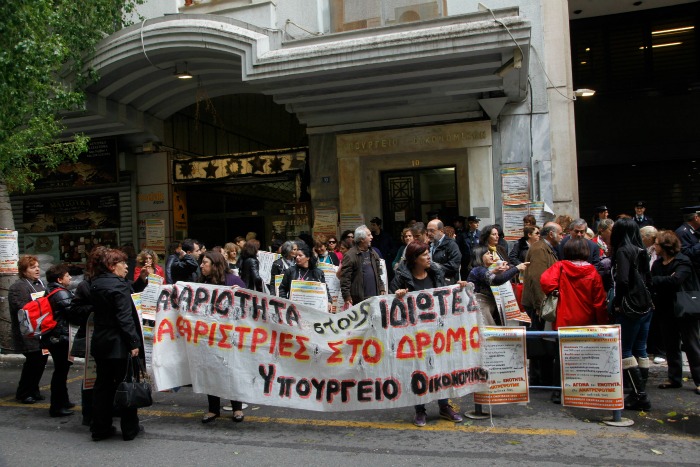 The Finance Ministry cleaners who became known for their long-lasting sitting protest outside the Ministry’s building in downtown Athens have officially been fired, it became known earlier today. The 600 cleaners have been protesting their placement in a labor reserve, a measure imposed upon thousands of Greek public sector workers during the last years of crisis.
Apart from their protest, the cleaners were also engaged in a legal battle against the Greek state in order to regain their jobs, but as it was announced by the government today, their spell in the labor pool on reduced salaries expired and they will not be hired in the future.
Trade unions and main opposition SYRIZA have repeatedly stood by the Finance Ministry cleaners’ side and heavily criticized the government’s decision to fire them.

The "Lap Pool House," a modern house built on a slope of the Cycladic island of Tinos, is nominated for an EU award for Architecture.
Crime