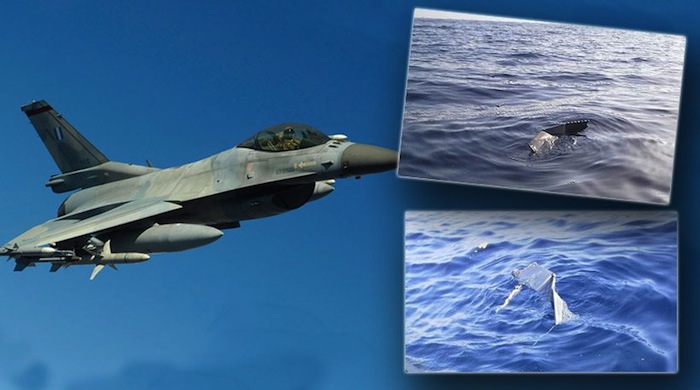 A Hellenic Air Force F-16 jet crashed off the southern coast of Crete in southern Greece earlier today due to mechanical failure during a scheduled training exercise, the Greek National Defense Ministry announced. According to the Ministry, the two pilots on board the fighter jet are safe.

The two-seater F-16 jet took off from the 115 Combat Wing (343 M) and crashed in the sea area of Gavdos island, the southernmost European territory, at around 1:45 pm today. The two officers on board, as stated by the National Defense Ministry, made successful use of the automatic ejection system and were traced six nautical miles off the southern coast of Crete in good condition. According to officials, a few minutes after the crash, the two pilots were collected by the Hellenic Coast Guard.

Two years ago, in a similar incident in the same sea area, two Greek Air Force pilots lost their lives and a third one was injured when two F-16 jets collided mid-air due to human fault.