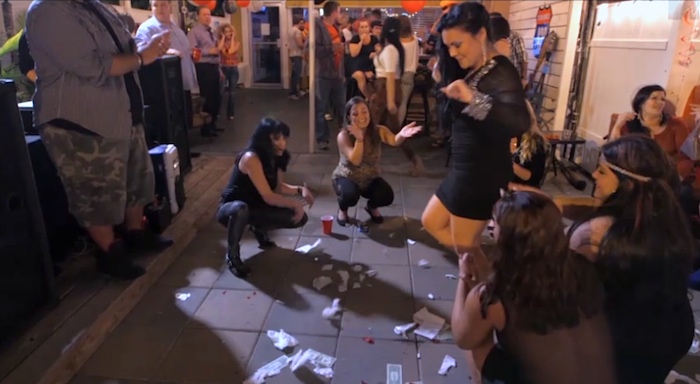 Phillip Frangos, the National President of the American Hellenic Educational Progressive Association (AHEPA), describes his concern about the MTV show “Growing Up Greek,” which premiered this week. The AHEPA president issues the following statement on which he asks MTV to cancel the show and its sponsors to withdraw their support calling the production ‘a gross misrepresentation of the experience of growing up in a Greek American family.’

Here is the full statement:

“The American Hellenic Educational Progressive Association is deeply concerned with the production of MTV’s latest show, ‘Growing Up Greek,’ which is an unfortunate reinvention of its ‘Jersey Shore’ series.

“‘Growing Up Greek’ is a gross misrepresentation of the experience of growing up in a Greek American family and within the Greek American community. The show is problematic because it portrays characters as being representative of the Greek American community based upon negative stereotyping. If anything, the characters are more suited for an episode of The Jerry Springer Show than portraying what it is truly like to grow up Greek. In the spirit of ‘Jersey Shore,’ MTV is aiming to exploit raucous and unruly behavior for a ratings boost and the merchandizing potential that comes with it.

“The show also performs a tremendous disservice to the city in which it is set, the storied location of Tarpon Springs’ ‘Greektown.’ In July, the ‘Greektown’ district earned a special recognition as the first place in Florida listed on the National Register of Historic Places as a Traditional Cultural Property thanks in large part to the hard work ethic of Greek immigrants on the sponge docks dating back to the early 1900s. Sadly, this distinction has been lost on the producers who have chosen irresponsibility to tarnish Tarpon Springs’ rich, cultural history with this distorted portrayal of its contemporary Greek American community.

“Therefore, we call on MTV to cancel the show, and we strongly urge its sponsors to withdraw their support of it. We applaud the online petition that is being circulated and encourage the community to support it as more than 5,000 individuals have already done so. However, the most effective action one can take is to simply not watch the show and to not patronize the show’s sponsors.”

“Throughout the span of its history, AHEPA has served as a vital vehicle for the progressive development and emergence of American citizens of Greek heritage into every facet of society: government, business, education, and the arts. This fulfillment illustrates the promise of the American Dream and symbolizes the hard work ethic of our immigrant forbearers who labored to achieve that dream with the principles of Hellenism rooted deep in their hearts. This is the reality of the Greek American experience.

“As American citizens of Greek heritage and Philhellenes, we are proud of the contributions the ancient Greeks gifted to Western Civilization. As Americans, we share many of the values put forth by them: civic responsibility, philanthropy, education, family and individual excellence, and the ideals of democracy. This is the essence of our heritage. This is what it means to ‘grow up Greek.'”

Founded in 1922 in Atlanta, Georgia, to protect individuals from the evils of bigotry and discrimination, AHEPA is the largest and oldest grassroots association of American citizens of Greek heritage and Philhellenes with more than 400 chapters across the United States, Canada, and Europe. The mission of AHEPA is to promote the ancient Greek ideals of Education, Philanthropy, Civic Responsibility, and Family and Individual Excellence through community service and volunteerism.