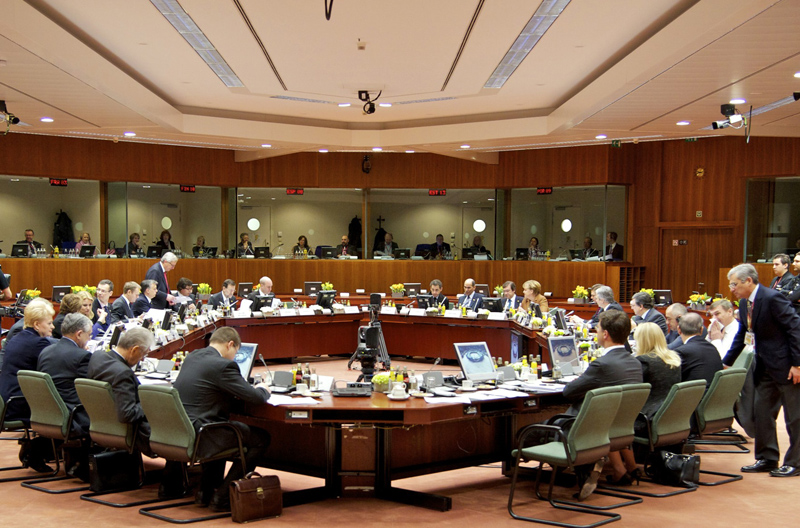 The preventive credit line for Greece will not be ready in time, therefore the country will have to ask for an extension on its bailout program before Eurozone parliaments close for Christmas, a senior EU official told Reuters earlier today.

“I’m willing to work on December 24 but parliaments are not around,” the unnamed official told reporters, while setting December 15 as the deadline for prolonging Greece’s existing program into January, so that lenders can finally make the long-awaited and negotiated 1.8-billion-euro installment, which all Eurozone parliaments must approve in order to proceed.

During the ongoing negotiations, which day by day seem to be leading to a dead-end, Greece and the Troika of its international creditors aim to conclude at a deal on a preventive credit line before next Monday’s critical Eurogroup, during which the progress of the Greek program will be tabled. As the same official underlined, the Greek side should file a formal request regarding both the credit line and the technical extension, although, as he explained, this is unlikely to happen on this coming Monday. “Is it my main expectation that a staff-level agreement (on a credit line) is reached by Monday? No, it is not,” the official said characteristically.

On the contrary, Greek Prime Minister Antonis Samaras, who has staked his coalition government’s very existence on exiting the unpopular bailout program by the end of the year, ahead of schedule, underlined that “Greece is in a very difficult negotiation with the Troika to complete the the present program’s final review and enter a new phase.”

While talking at the “Looking Globally from Athens,” marking the 30th anniversary of the International Centre for Shipping, Trade and Finance at Cass Business School, City University London, the Greek Premier highlighted that the negotiations with the Troika are being held responsibly, with a stance to the future.

“We are getting out of a difficult period of successful fiscal adjustments. We have implemented fiscal and structural reforms. We are entering a new era, a new period of sustainable economic growth, while reducing unemployment,” he declared, concluding that the country has increased its recently low competitiveness.

When Chris Potamitis was a young man, he took part in the largest cash robbery in US history. In an exclusive interview, Potamitis spoke...
Basketball

"Before Giannis there was another Greek. That was me, Dr. George Korkos," the founding owner of Milwaukee Bucks says with a big grin...