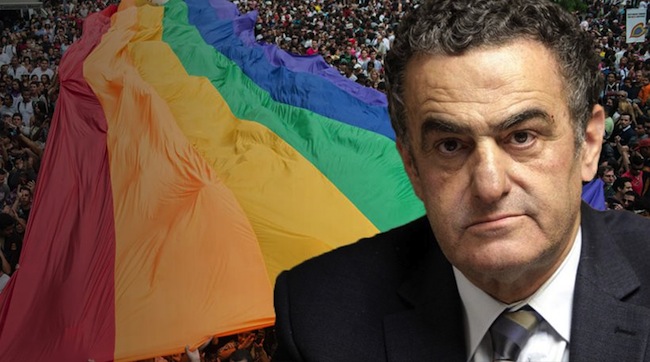 Despite international condemnation and a European Court of Human Rights’ ruling last year that Greece’s exclusion of same-sex couples from marriages or civil unions was in violation of the European Convention on Human Rights, Greek Justice Minister Haralambos Athanasiou expressed his opposition to the issue earlier today, categorically ruling out same-sex marriage once again.

In an interview on Greek TV channel “Mega,” Athanasiou underlined that even though the Greek society respects the nature of man, same-sex marriages will not be approved, as long as the current government is in power. “This is a country that respects tradition, respects the nature of human, and same-sex marriage is simply not possible to be approved, at least under this government and this Ministry,” Athanasiou said.

Furthermore, answering journalists’ questions, he said that, as a Minister, he is not willing to discuss or even consider such a possibility, adding that he has set up a special committee in order to review the country’s law regarding marriage and to further explore the terms of civil unions. According to Athanasiou, the problem is what are the consequences of such a pact: “Are we limiting ourselves to issues concerning social security insurance, pensions and inheritance rights or we go as far as adoptions and custody matters?”, he questioned.

Regarding the European Court of Human Rights decision, Athanasiou said that Greece cannot “turn a blind eye,” but needs to look at the matter from a religious, political, as well as societal perspective.

At the same time, though, Athanasiou criticized those who “level everything,” explaining that it is not a simple matter and the Justice Ministry cannot examine it under anyone’s pressure and without sobriety and composure.