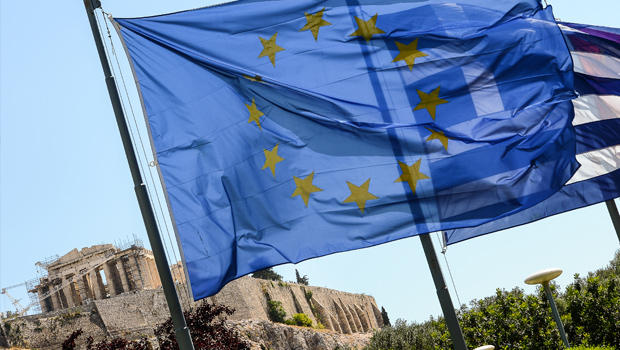 The Eurogroup has decided to give Greece a 10 million euro precautionary credit line for next year, but only if Athens agrees with the troika over the last tranche before December 8, according to a Frankfurter Allgemeine Zeitung report.
The meeting of EU finance ministers on December 8 is crucial for Greece’s bailout program. Despite praises on Greece’s budget tightening so far, the troika of international creditors continues to see a fiscal gap in the 2015 budget. Athens has made a last-minute effort to close that gap by proposing to double the value added tax on hotels, raising it to 13 percent from 6.5 percent that it is now. Besides that, the troika are not satisfied with the implementation of reforms so far.
Athens will have to have the troika’s agreement before Monday in order to see the current bailout program terminated and receive the credit line approval. But even so, meeting the December 8 deadline nay not be enough, since the decision must pass through the parliament in five countries, including Germany.
Brussels believes that Greece will run out of time and that the current support program will be extended by a few months. The program extension means that the decision for the last tranche and the credit line will be taken after the election of president of the republic in Greece. If there is no presidential election, Greece will go to premature elections and SYRIZA will probably form a new government. Therefore, for the prime minister, it will be ideal to announce new austerity measures after the presidential election, the report concludes.