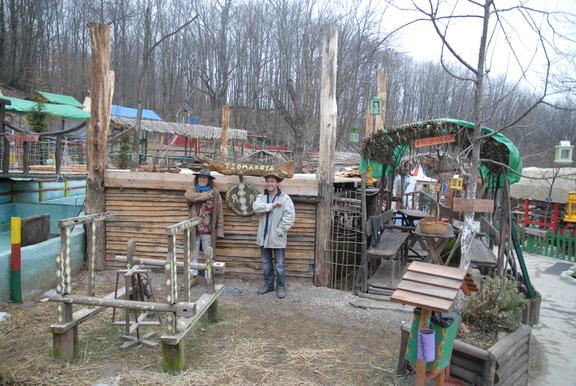 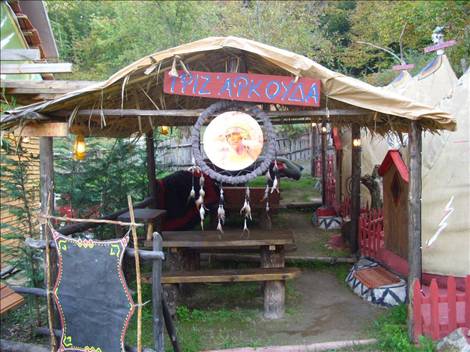 In Jomaqua visitors will find tepees, animals and people with painted faces and Indian feathers who will act as guides and coordinators. The hosts offer a variety of American Indian cultural activities such as horseback riding, archery, climbing, sledge riding, hiking, Indian carriage riding, or tend the animals of the camp. People can go there for the activities alone, but they can also stay there in one of the tepees.
Jomaqua is an alternative tourism family business. Johnny’s wife Litsa is the camp cook and his son Sotiris has general duties. The camp restaurant serves roasted meats in the traditional American Indian way.
The camp/resort is a dream made reality for “Johnny” Yiannis Touliaris who was a sailor since age 15. His childhood dream was to travel and see the American Indian villages he used to admire in movies. His work brought him to Indian villages in Peru, Brazil, Argentina and Mexico, where he gathered experiences that helped him build his own Indian village upon his return in Greece.