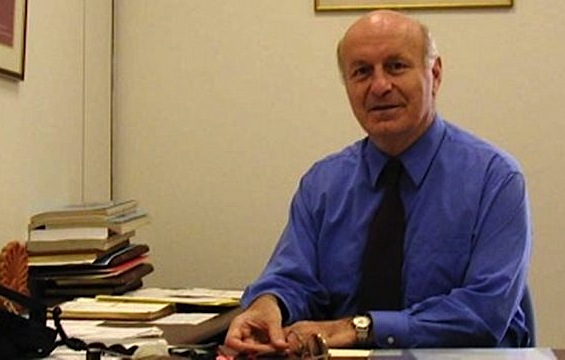 Academic, professor of medicine and epidemiology at Harvard University and at the Kapodistrian University of Athens Dimitris Trichopoulos died early Monday at the age of 76.
Trichopoulos who was treated at Evangelismos Intensive Care Unit died from severe heart attack. His contribution to medical research is considerable invaluable, particularly in cancer. His research on the prevention of diseases with focus on nutrition were among the top news in international media.
Trichopoulos was born in Volos, in 1938. He studied Medicine at the University of Athens and specialized in Internal Medicine, Microbiology, Public Health and Epidemiology at the Universities of Athens, London, Harvard, and Oxford. He was Professor and Director of the Department of Hygiene and Epidemiology, Harvard School of Public Health, since 1989, and Professor of Cancer Prevention and Director of the Center for Cancer Prevention, Harvard University, since 1992.
In Greece he has served as Chairman of the Interuniversity Center, the State Council of Occupational Diseases, the State Population Committee and other Committees; as Rapporteur the State Health Planning Committee; and as member in more than 40 State committees.
Dimitris Trichopoulos has authored or co-authored over 650 publications (mainly research papers but also books, monographs, reports, reviews, commentaries, etc). His research work has contributed to the discovery of the role of passive smoking in the causation of lung cancer and chronic obstructive lung disease, the elucidation of the aetiology of hepatocellular carcimona, the quantification of the association between psychological stress and coronary heart disease and the identification of several dietary and other important risk factors in the aetiology of the number of cancers and other diseases.
(source: ana-mpa)