'Promakhos' Premiere at the Acropolis Museum 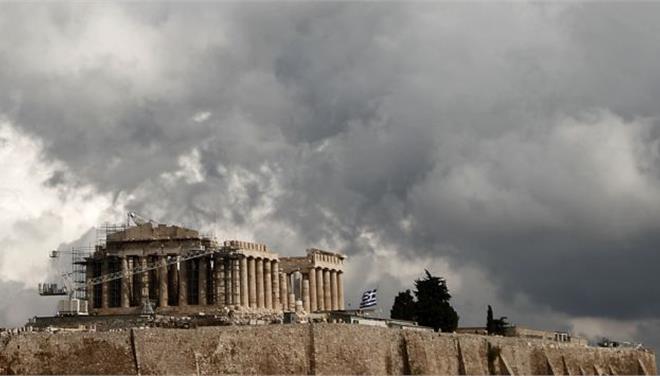 “Promakhos,” a film about the Parthenon Marbles return from the British Museum to Athens, had its first official premiere on Monday, November 24, at the Acropolis Museum.
Greek Parliament President Vangelis Meimarakis, Deputy Culture Minister Angela Gerekou and Tourism Minister Olga Kefalogianni attended the film’s premiere, which was written and directed by Greek-American brothers Coerte and John Voorhees.
The event was also attended by major Greek artists and politicians. Melina Merkouri’s brother was present, since his sister used to be a firm supporter of the Parthenon Marbles’ return.
“Promakhos” is a drama about two Athenian attorneys who pursue litigation for the return of the Parthenon Marbles. As the bronze statue of Athena Promakhos used to stand guard in front of the Parthenon, both must find the courage to stand in defense of what they love.
The film was produced by A Visionary Film and Itasca Films, starring Pantelis Kodogiannis, Kassandra Voyagis, Giancarlo Giannini, Georges Corraface, Paul Freeman, Yorgo Voyagis and Spyros Fokas.
The directors started filming about a year ago, in September 2013 in Athens, at the Acropolis Museum and the Parthenon. Later, they shot in Kavala and Aegina, while the film was completed in London and New York.
The film will officially be released on Thursday, November 27.