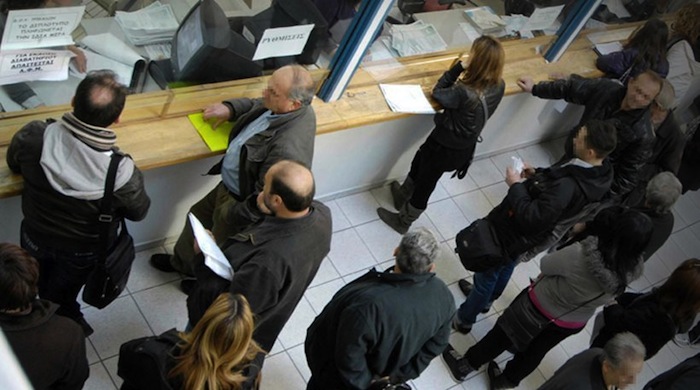 The value of outstanding tax debt to the Greek state increased by 1.22 billion euros to reach a total of 71.5 billion euros in October, official data showed on Tuesday. In a report, the General Secretariat for Public Revenue said that new outstanding debt (from January to October 2014) totaled 10.906 billion euros, up from 9.683 billion euros in September.
During the 10-month period, tax authorities collected 1.601 billion euros in new overdue debt and 1.417 billion euros in old overdue debt created prior to December 31, 2013.
Greece ‘s Finance Ministry is confident, however, that there will be a mass response to the measure by taxpayers, allowing the repayment of overdue debts in 100 installments, which will help to significantly boost revenue. The Ministry said that 9,400 citizens and businesses had applied for inclusion in the new debt settlement scheme via a new application that was activated on the TAXISnet platform for the first time on Monday.
(source: ana-mpa)

Giorgos Hatziparaskos, an 86-year-old baker from Crete, is one of the last people who creates the iconic Greek phyllo dough by hand.
Diaspora