Chania Lighthouse Among Most Famous Worldwide 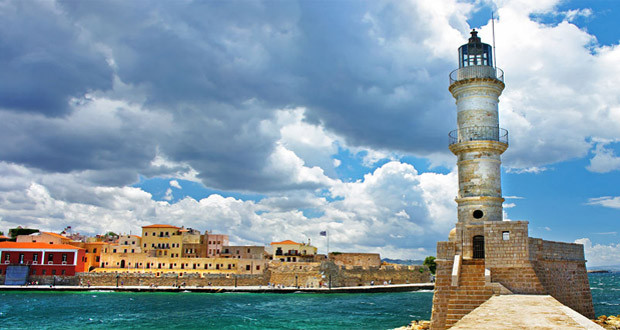 Lighthouses exist since ancient times when they would guide boats in the darkness, helping avoid shallow waters and rocky shores. The light worked as a beacon that allowed seamen to locate land.
The lighthouse in Chania harbor, Crete, which was built by the Venetians, was placed among the 21 most famous lighthouses in the world.
It was built in 1595-1601 on a natural rock and functioned as an open flame torch. It was first referenced as a “beacon” in a 1689 city plan of Chania by V. Coronelli.
The tower is divided in three diverse parts: the base is octagonal, the middle part has sixteen sides, and the third part is circular. The base’s construction material is of the same origin and quality as the one used for the fortification of the city by the Venetians.
The lighthouse has a height of 21m, while its light is located at 26m above sea level and reaches a distance of seven miles. It is the oldest existing lighthouse in Greece but also one of the oldest in the Mediterranean and the entire world.
The Chania Lighthouse is considered a “jewel” and the city’s landmark.