PASOK: A Bomb Ready to Explode 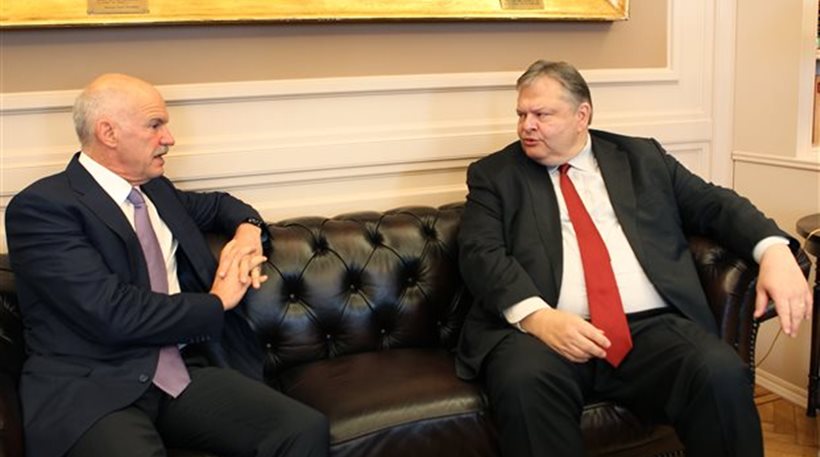 The harsh accusations exchanged recently between PASOK leader Evangelos Venizelos and his predecessor George Papandreou created turmoil in the Greek party, with the supporters of each man clearly taking sides.
It is now apparent that Papandreou is returning to “active duty” in the party, ready to enlist his supporters and start a new one. Venizelos, on the other hand, indirectly accuses Papandreou of trying to undermine the coalition government – and subsequently junior partner PASOK – but at the same time, he clarified that he is not intending to expel Papandreou from the party.
Two camps are forming fast in the party: PASOK MPs Thanos Moraitis and Filippos Sahinidis have already showed their colors and went to the Papandreou camp, while party members outside the parliament, like Yiannis Ragousis, directly talk about a new party and express their refusal to participate in the next PASOK convention in which the party will be renamed PASOK – Democratic Alignment.
The other side has started a verbal war against the Papandreou team, accusing them with phrases like “the gang who sold us to the Troika in 2010 returns” and “the Papandreou gardeners,” claiming that they undermine the efforts made to bring Greece out of the crisis.
Papandreou has started a campaign by communicating with party members from across Greece. In December, he will give a press conference for Greek and foreign journalists where he will speak about the bankrupt economy he inherited from Costas Karamanlis, the attacks from Antonis Samaras, the undermining of his administration by Greek and foreign powers, and the role Angela Merkel played in his fall.
However, he says he will vote for the President of the Hellenic Republic from the current parliament because he does not want to create political upheaval. Yet, Papandreou has enough influence on PASOK MPs and independents that he can shake up not only PASOK but the coalition government as well. So far, he has 6-8 supporters in parliament and he would have more if it wasn’t for the fear that he may create upheaval.
The first convention of the Papandreou movement will take place November 28, when the PASOK youth, who are attached to the previous party leader, will meet at the Velidio Conference Center in Thessaloniki. There is a video clip circulating online, calling progressive youth to gather against the current stale politics.

Greek journalist Giorgos Karaivaz was murdered outside of his home in the Athenian suburb of Alimos Friday.
Diplomacy