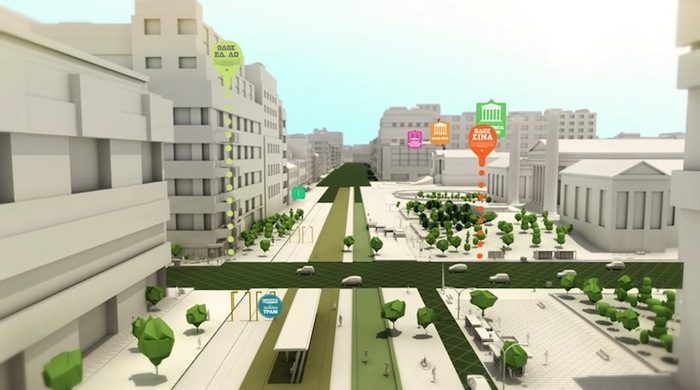 Onassis Foundation on Sunday expressed its dismay at the European Commission‘s decision to exclude two regeneration projects from the upcoming EU funding program for Greece , according to a statement.
According to Greek media, the European Commission has rejected the inclusion of two projects from its funding program, deeming them unnecessary, claiming that other crucial infrastructure projects have priority.
The project for the pedestrianization of Panepistimiou Avenue, named Rethink Athens, was planned by the Foundation, which launched a European architectural tender to choose the best proposal.
“A lot of questions are raised about the project’s exclusion from the European Union’s co-funded projects,” the Foundation said in a statement. “The Onassis Foundation did its part in a project designed by the Greek State, but one that concerns the life and prospects of the millions of Athenians and all Greeks. We would like to believe that the courage, will and ability will be mustered so that Athens is not denied its change.”
“We wonder who will be responsible for the further deterioration (of life in downtown Athens) caused by the possible annulment of Rethink Athens,” the statement added.
Onassis Foundation founded and currently runs a Centre of Cardiac Surgery and the Stegi Cultural Centre in Athens.