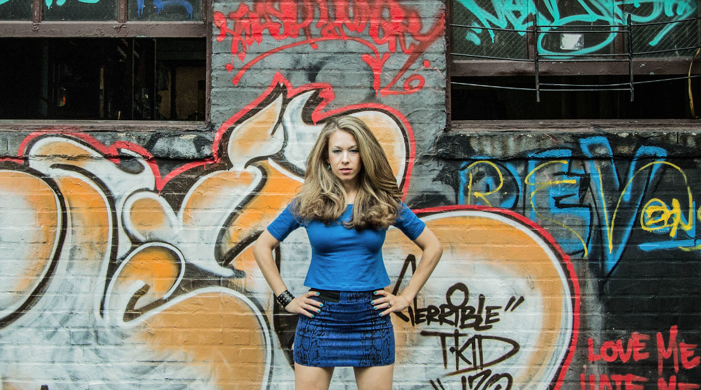 Versatile music artist Lola de Hanna, who was born and raised in Greece, has spent the last five years collaborating with local and national acts in the U.S. Now, she’s gearing up to release her debut solo EP, The Other Side, in January.

Teaming up with French producer Pascal Perrin and Cali-based recording studio StudioPros, her solo album has been two years in the making and will feature a blend of electronic, indie-pop and ethnic sounds. Staying true to her roots and the influences of the NYC underground electro/pop-rock scene, “Out of Luck” — a song on the album — has a Greek folk feel, while the electro song, “Oh So Gray,” features a spoken word section in Greek.

Lola will hit NYC for live performances in 2015, and the first single off The Other Side, “A Knack for These…,” is available on iTunes, Rhapsody and other music streaming sites.

Check out the video below, which was edited by Lola, and includes a guest appearance by fellow Greek musician, The Afro Nick: