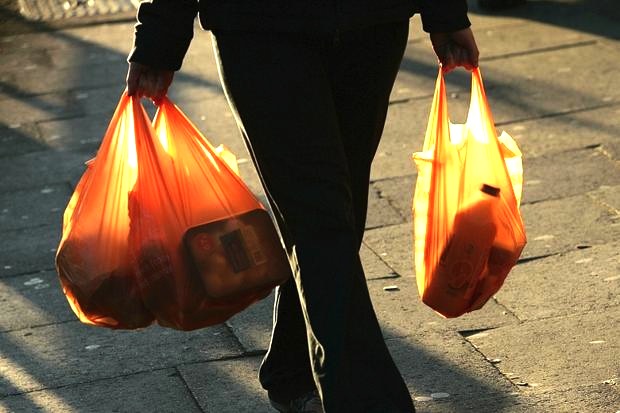 EU countries would have to reduce the use of the common, polluting plastic carrier bags, under draft rules informally agreed between MEPs and the Italian Presidency of the Council on Monday and confirmed by the member states’ permanent representatives on Friday. Plastic carrier bag litter is a major environmental problem, as it is known to pollute water and aquatic eco-systems in particular.

“This is a historic moment for Europe. For the first time ever we have agreed on ambitious measures to reduce the amount of plastic bag waste in the environment. This is good news for the environment and all Europeans who expected the EU to take ambitious action on plastic bags,” said Margrete Auken (Greens/EFA, DK), who is steering the legislation through Parliament.

“As front-running countries have demonstrated, dramatically reducing the consumption of these disposable bags is easily achievable with a consistent policy. Swiftly phasing out these bags is an easily implementable solution to the pervasive problem of plastic waste in the environment,” she added.

“We are satisfied with the green light for this important dossier,” said Environment Committee chair Giovanni La Via (EPP, IT).

“The European Commission’s new approach demonstrates an important sense of responsibility. We called upon the Commission to act as a real facilitator between the two legislative institutions. Parliament and Council have done a good job for the Environment and the European citizens,” he added.

Reduction targets
If the rules come into force, member states would be able to choose between two policy options: to either take measures to ensure that average yearly consumption does not exceed 90 lightweight plastic bags per citizen by 2019 and 40 by 2025, or alternatively, ensure that, by 2018, they are not handed to shoppers free of charge.

The European Commission would have to evaluate the impact of oxo-degradable plastic materials on the environment and propose measures accordingly.

Next steps
The agreement between the European Parliament delegation and the Italian Presidency will be put to a vote in the Environment Committee on Monday, November 24, in Strasbourg, France.

Background
Lightweight plastic bags thinner than 50 microns – the vast majority of plastic carrier bags used in the EU – are less reusable than thicker models and become waste more quickly. They are also more prone to litter the environment.

In 2010, every EU citizen used an estimated 198 plastic carrier bags, some 90% of which were lightweight. In a business-as-usual scenario, consumption of plastic bags is expected to grow further. Estimates also suggest that over eight billion plastic carrier bags became litter in the EU in 2010.