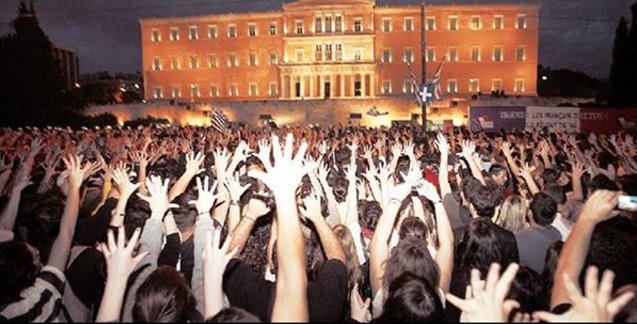 About half of Greek citizens do not trust the country’s politicians, whereas the rates regarding their trust in justice and police are more than double, according to a survey released by the Hellenic Statistical Authority (ELSTAT) for the year 2013. According to the survey, 45% of the total population does not trust at all the political system, while 19.2% and 12.5% respectively ​​do not trust justice and police. Just 0.6% of those questioned replied that they have full confidence in the political system.
As the survey revealed, 50.6% of unemployed Greeks do not trust the political system, while they also have no trust in the judiciary system and the police at rates of 24% and 16.6% respectively. For employed Greeks, the corresponding rates are 46.2%, 18.1% and 12.5%. In contrast, 21.6% of the unemployed have a lot or full trust in justice and 29% in police. The corresponding rates for pensioners are 26.2% and 37.9%. Also, pensioners and non-economically active citizens have no confidence in the political system by about 42%.
Men do not trust the political system, the judiciary and the police at rates of 46.4%, 20.3% and 13.7%, while the rates for women stand at 43.7%, 18.2% and 11.5% respectively. In addition, 47.4% of the general population group characterized as “poor” do not trust politicians, while the corresponding rates for judiciary and police are 22.8% and 15.3%, while the same rates for the “non poor” population group stand at 44.3%, 18.2% and 11.8%.
Just 5.1% of the total population stated they are fully satisfied with their life and only 5% of employees fully satisfied with their work. In contrast, 3.3% of the population is not at all satisfied with their life and 2.9% of employees not at all satisfied with their work. At the same time, 1.4% of the total population said they are fully satisfied with their economic situation, while 11.7% said they are completely unsatisfied.