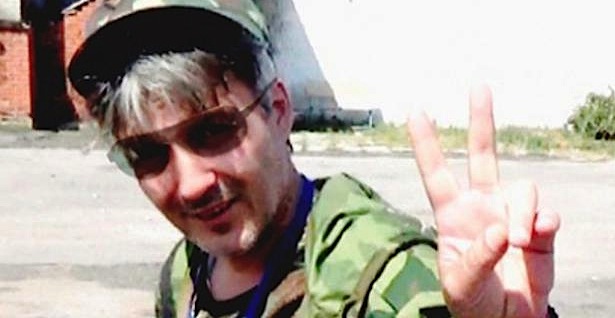 A 49-year-old Greek citizen originating from a village close to Donetsk, Ukraine, was killed in a shootout during clashes in the area surrounding the airport of the self-proclaimed “People’s Republic of Donetsk,” which has been militarily seceded from Ukraine.

The information regarding his death is limited, but verified by many local sources, which speak of a sudden Ukrainian forces’ attack with artillery fire against pro-Russian militia, among which was the Greek man. The alleged historian, according to the same sources, was in the area to support and help his aged mother, planning to take her with him over to Greece, where he lives with his family; his wife and two children, a son and a daughter.

As he revealed, talking to Athens-Macedonian News Agency a few months ago, he decided to abandon the peaceful life in Athens, join the pro-Russian militia and fight against the forces of Kiev. “I cannot stay uninvolved,” he underlined then, while the news agency had repeatedly contacted him since. Furthermore, the unnamed Greek national stated that he collects data on the “criminal,” as he described them, “acts of Ukrainian forces” and that he intended to use this material as a basis for a future publication or documentary.

The Consul General of Greece in Mariupol commented that despite the efforts, Greek Diplomatic Authorities do not yet have any information on the death of 49-year-old, thus it cannot yet be officially confirmed.

According to latest information, the 49-year-old was identified as Athanasios Kosse and was shot dead by a sudden Ukrainian Armed Forces offensive. As Russian press revealed, Kosse moved to Greece 20 years ago and lived with his family in Kallithea, a suburb of Athens. He left Greece in May 2015 in order to visit his mother in Donetsk, but during his stay he decided to join the lines of Donetsk Peoples’ Republic militia and fight against Ukrainian forces and extreme right nationalists. His plan was to work on a documentary, from footage he managed to collect during his stay at the war zone, entitled “The White Bible of Fascism in Ukraine.”