Greek Party Leader Karatzaferis to be Prosecuted for Financial Crimes 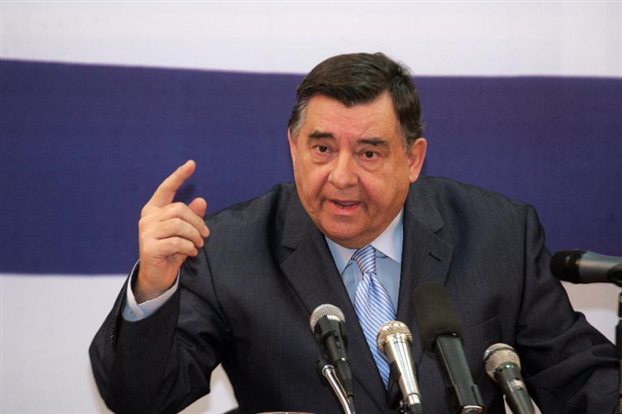 Greek politician and LAOS party leader Giorgos Karatzaferis, who faces charges of filing inaccurate wealth statement as well as money laundering, will be examined by a tribunal, was decided late on Wednesday by the relevant Parliamentary Committee.
The decision to examine Karatzaferis, a governmental partner during Loukas Papadimos’ administration in 2011 and 2012, was unanimous, while all the Committee members agreed with his further examination by the Greek Justice. According to law officials who participated in the Parliamentary Committee, the indictment filed against Karatzaferis is extremely incriminating, as it already includes the offenses of money laundering from criminal activities, illegal possession of off-shore companies and filing inaccurate wealth statement.
The Committee members were informed that the three remittances of 1.56 million euros each found in Karatzaferis’ bank accounts from armament company “Kestrel” was not a loan, but the result of unlawful straddle regarding armament programs. At the same time, ANEL MP Marina Chrysoveloni accused Karatzaferis for being the owner of a third off-shore company that has not yet been identified. Chrysoveloni, a member of the Parliamentary Committee, filed documents originating from British sources, according to which “Deckrock Ltd” belongs to Karatzaferis.
In any case, the Committee’s conclusion that will be transmitted to the prosecutor, highlights that Karatzaferis filed inaccurate wealth statement, in which the two off-shores “Catalina” and “Homeric” that have been identified as his, were not included, as proved by the investigation. Furthermore, Karatzaferis file will also be sent to the Court of Auditors in order to form an ascription regarding his unjustified wealth.

US To Finally Allow Fully Vaccinated Travelers from UK, EU