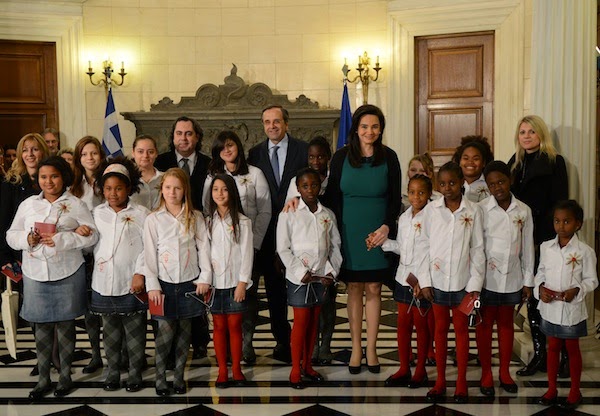 The Ministry of the Interior is preparing a bill that will give second-generation legal immigrants and their children the right to apply for Greek citizenship, according to Kathimerini.
The new bill will essentially replace the 2010 Yiannis Ragousis law on nationality and citizenship issues, according to which second-generation migrants have the right to apply for Greek citizenship and to stand in local elections. The law was deemed unconstitutional by the Council of State in 2013, thus leaving a legislation gap.
The bill proposed sets out three alternative prerequisites for the acquisition of citizenship. The applicant must either have completed the compulsory minimum education in the Greek system (primary school and junior high), have completed six academic years in secondary education (junior and senior high) or have finished high school and graduated from a Greek university or technical college.
However, the new bill does not cater to children of migrants who were born in Greece. It is estimated that there are about 200,000 children of legal migrants who have no citizenship, therefore they appear not to be citizens of any country. According to Ministry of the Interior figures, only 6,000 had applied for citizenship under the Ragousis law.
According to Ministry of the Interior officials, there needs to be articles added to the bill regarding the children of migrants. So far, there haven’t been any proposals on the issue. A special committee on nationality issues will convene to make proposals. At the time being, the bill says that migrants as young as 16 will be able to apply and will be eligible for citizenship from the age of 18.