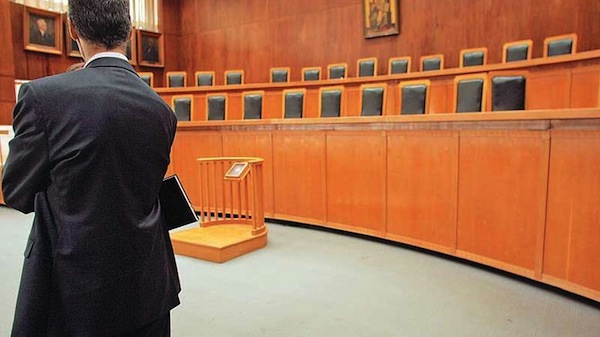 Lawyers around Greece will hold a three-day warning strike from November 19-21 to protest against the draft bill on amendments to the Civil Procedure Code submitted to Parliament by the Justice, Transparency and Human Rights Minister Charalambos Athanassiou.
“After reading the aforementioned draft bill, it unfortunately becomes clear that the announcement that there would be a debate with the legal community (by the government) was a pretext. The almost unanimous decision by the Administrational Plenary of the Supreme Court that the proposed amendments are – for the most part – unfortunate and in any case, inappropriate for the purposes they aim to serve, was ignored,” the Committee of the presidents of the country’s Bar Associations said.
“The legal community agrees that not only does this bill not contribute to the acceleration of legal proceedings, but on the contrary, it exacerbates the slowdown. It will cause serious problems with its implementation and, at the end of the day, a deficit of justice.”
The Committee also decided to hold a press conference on November 19 at the Athens Bar Association.
(source: ana-mpa)