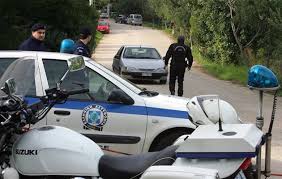 Greek police have arrested the kidnappers of a 27-year-old woman, who was abducted on October 31 and released on November 9 after her family paid €82,000 in ransom. The 27-year-old is the niece of the owner of Asteras Tripoli’s football club.
According to the police, a 48-year-old man, believed to be the leader of the gang, was arrested, along with a 53-year-old man, while authorities also seized the ransom money. A third Albanian national is wanted in connection to the case.
The two men are charged — where applicable — with kidnapping, robbery, blackmail and minor bodily harm, in complicity and serial manner, as well as violation of the law on armaments.
According to the police report, the gang attacked the girl on the night of October 31 and pushed into a vehicle. The abductors called her father and initially demanded 10 million euros but after protracted negotiations they lowered the sum to 82,500 euros.
The victim’s father handed over the money and the woman was released near the spot where she was taken. She had not been harmed.
The two men arrested confessed to the crime and described the incident. Police found the ransom money in the apartment of the gang leader. Both will appear before the Athens prosecutor on Sunday.
Public Order and Citizen Protection Minister Vassilios Kikilias congratulated police for solving the case, saying authorities proved “for the umpteenth time” their level of professionalism and “confirmed their vow to protect Greek citizens.”
He also said this success shows the ministry has zero tolerance for crime and Greece is a safe country for both its citizens and the millions who visit every year.
(source: ana-mpa)