SYRIZA Leader Tsipras: Austerity Will End with Political Change in 2015 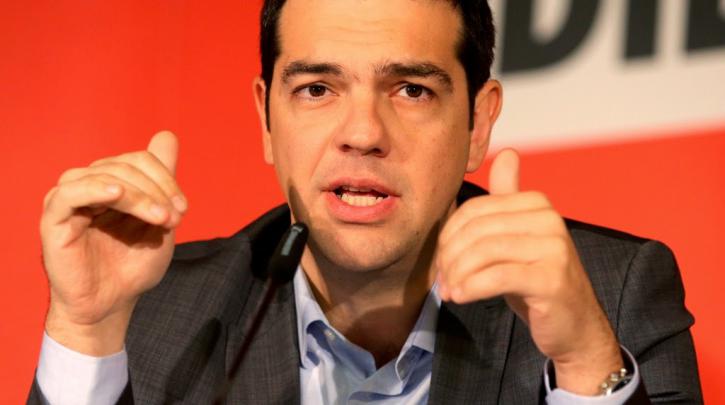 During his visit in Spain yesterday, Greek main opposition SYRIZA leader Alexis Tsipras answered to Prime Minister Antonis Samaras’ proclamation that Greece is returning to growth. The country “will very soon experience a political change and austerity in Europe will end in 2015 starting with Greece, with a leftist, radical and progressive government, that of SYRIZA,” Tsipras underlined, on the sidelines of a meeting with the head of United Left (IU), Cayo Lara, and Spanish Communist Party Secretary General Jose Luis Centella.
“Greece is ruled by two parties that are not tolerated by the Greek people, and which are minority parties, yet they want to continue to implement memorandum policies,” the Greek opposition leader highlighted, adding that the Samaras administration is incapable of negotiating with the country’s lenders.
“Because we know the issue of the debt is a European issue and relates to all European people, we are creating alliances with political and social forces throughout Europe, especially regionally and in the south, in order to demand a just and viable solution through a definitive debt haircut and, of course, through the claim on European development funds so that Europe may see a return of social cohesion and balanced growth,” Tsipras added, concluding that SYRIZA’s intention is to change the European Union’s austerity strategy, which is a dead-end, and divides and alienates European people, while his party wants to reunite Europe.
Yesterday, Samaras, during his official statement over the GDP growth rate, indirectly attacked SYRIZA. All those “who doubted a recovery, are triumphantly proved wrong,” the Greek Premier said.