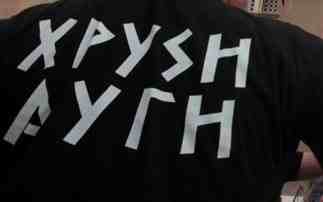 A member of the European Parliament for the Greek far-right party Golden Dawn has suspended his scheduled visit to Australia due to visa delays. This was announced earlier today by the party’s Australian branch spokesman, Ignatius Gavriilidis.

According to Golden Dawn, the Australian embassy in Greece “disrupted” the visit of members of the Greek party in the country. As Gavrilidis said to Australian network SBS, the visit of MEP Georgios Epitideios was intentionally postponed, as the “delaying tactics” have thrown out the plans to visit Australia and as a result, the planned supporter drive has been currently canceled. Additionally, Gavriilidis said that the visit could take place early next year, but that is just a scenario that he could not confirm with certainty.

On his behalf, Australian Immigration Minister Scott Morrison underlined that his government reserves the right to refuse visas for individuals deemed to represent an “unacceptable risk of harm.” “The government takes very seriously its role in protecting the Australian community from unacceptable risk of harm from criminal or other serious conduct by non-citizens. If a visa applicant is considered likely to engage in activities that fall within the scope of the character requirements of the Migration Act 1958, their visa application may be refused,” Scott explained.

Answering to the Immigration Minister’s allegations, the Australian branch Golden Dawn member said that the visa application has not been officially rejected so far.

The scheduled visit by Epitideios and other Golden Dawn members in Australia has caused the fierce reaction of the majority of Australia’s Greek community, while Hon Nicholas Kotsiras had also expressed his concerns.

Golden Dawn is currently the third political power in Greece, but its clear links to Neo-Nazi ideology, the denial of the Holocaust and various violent, racist actions of its members has led to criticism within Greece and internationally. In 2013, the assassination of rap artist Pavlos Fyssas (a.k.a. Killah P) led to the arrest of numerous of the party’s members and MPs. In October, prosecutor Isidoros Dogiakos, handling the criminal investigation of the far-right party, recommended in his 700-page argument to a council of judges that its current 16-member parliamentary group – as well as the two that have resigned – should be trialed on charges ranging from belonging to and running a criminal organization to weapon offenses.

Ancient Greek Necropolis to be Revealed in New Exhibition Site