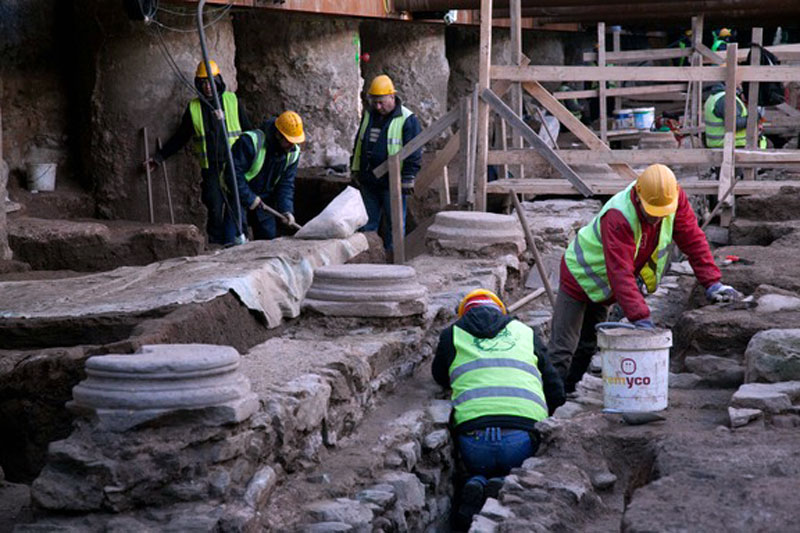 An Audit Court approved earlier today the disbursement of 25 million euros for archaeological excavations at the Metro construction site in Thessaloniki, Greece. This decision essentially unblocks the way for the completion of the biggest transport project in the city’s history. The construction of the 9.6-kilometer long, much-awaited Thessaloniki Metro started in June 2006 and should be completed by 2018. The project has been substantially delayed by significant archaeological discoveries during its construction.
According to Attiko Metro, the company in charge of the construction, revealed that when it receives this amount, will proceed to the signing of a supplementary agreement with the consortium in order to allow the continuation of the suspended excavations along the city’s worksites.
As the Athens-Macedonian News Agency reported, the disbursement of the 25 million euros has initially been approved last September by the Unified Public Procurement Authority. Following the positive opinion of the Audit Court, the last requirement is a typical ratification by the Greek Parliament.
The total budget for the project is approximately 1.1 billion euros. Part of the budget (250 million euros) is funded from the 3rd Common Strategic Framework and a loan for 250 million euros has been arranged with the European Investment Bank. When completed, the Thessaloniki Metro will consist of initially 18 and later 35 stations.