No Outcome After UN Mediator's Meeting with Greek and FYROM Representatives 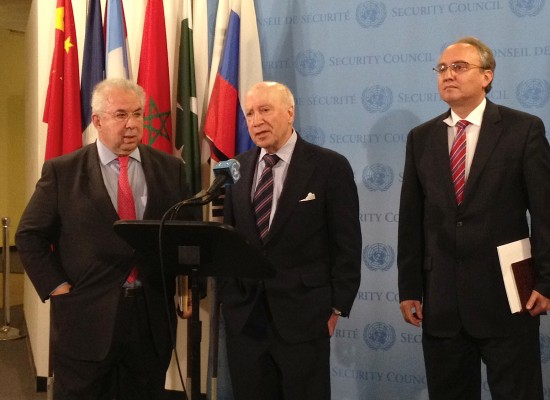 “We did not achieve any progress.” This is how United Nations’ special mediator Matthew Nimetz described the meeting held earlier on Wednesday in New York between Greek and FYROM representatives over the long-lasting Macedonia naming dispute. With this phrase, Nimetz underlined the total stagnation in the bilateral negotiations. Characteristic of the stagnant process is that during the meeting with the two countries’ representatives, the UN mediator did not even set a specific timeframe for the continuation of the negotiations and was only limited to say that “the negotiations will not stop in the following months,” without clarifying if he will be the one to invite the representatives to New York or he will visit Athens and Skopje.
In addition, Nimetz repeated that this is a “complicated issue” and that just the “fundamental issues” were tabled during Wednesday’s two-hour meeting in order to approximate a solution in the future. “This solution should aim to stability, peace and security for the region,” he underlined while exiting the meeting, adding that now “the two sides have a better understanding of the target of the negotiations” but “they both need greater versatility,” he concluded.
Answering a question regarding the excavation results in Amphipolis, Greece, Nimetz appeared uncomfortable and avoided to give an answer, underlining that he “encourages” every archaeological research that designates historic elements.
From his side, the Greek diplomat and negotiator in the UN-led talks, Adamantios Vassilakis, highlighted that FYROM’s new representative, Vasko Naumovski, “essentially repeated the thoughts of his predecessor and there is nothing new to add.” “Today there were no new ideas. New ideas might be tabled next year but this depends on Mr. Nimetz. Maybe there will be an outcome in the future,” Vassilakis concluded.