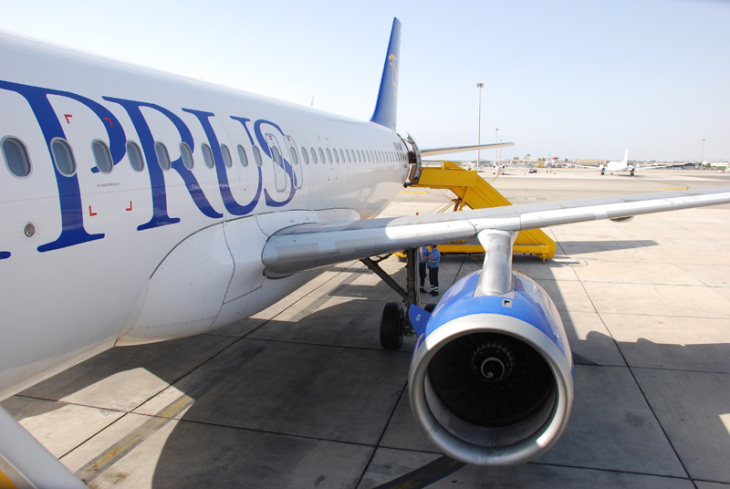 “Neither Ryanair nor Aegean company is ready to make a meaningful offer for Cyprus Airways and their terms are not in the public interest,” Cypriot Finance Minister Harris Georgiades said yesterday as the government was preparing for the worst-case scenario.
Georgiades, along with Communications Minister of Cyprus, Marios Demetriades, have been drafted to secure air links between Cyprus and overseas destinations in case the national carrier shuts down. The government has focused its efforts on finding a strategic investor that would take over the company, extending an invitation to those that may be interested through advertizements in foreign media. Screening indicated that only two – Ryanair and Aegean – met all the conditions listed by consultants KPMG and non-binding offers were asked of them.
But talks have stagnated as neither is interested in investing in a company that might have to repay tens of millions to the Cyprus government. “We’re trying to exhaust all possibilities for the survival of the company. Government plans include also a worst case scenario,” Demetriades has stated. “The continuation of Cyprus Airways requires additional moves” related to further reductions of the number of employees as well as to cutting benefits, he added.
Georgiades also said that a supplementary budget has been submitted to compensate the employees in case the air carrier closed down. He said the main problem was that the airline was a consistently loss-making enterprise that had failed to compete in a free market. In addition, Cyprus Airways had received approximately 75 million euros in unauthorized state aid — an amount that the European Commission might well ask to be paid back in the coming months.
A rescue plan submitted earlier this year called for further staff reductions and asset sales, and projected 2014 to be a break-even year for the carrier before it returned to profitability in 2015. But the plan was quickly placed on the back burner after the government realized that a European Commission ruling might force the company to pay back taxpayers money, effectively shutting the airline it down, Cyprus Mail reports.