GRNews
GreekReporter.comDiasporaGreek and U.S. Protesters to Rally for Right2Water in Dublin

Greek and U.S. Protesters to Rally for Right2Water in Dublin 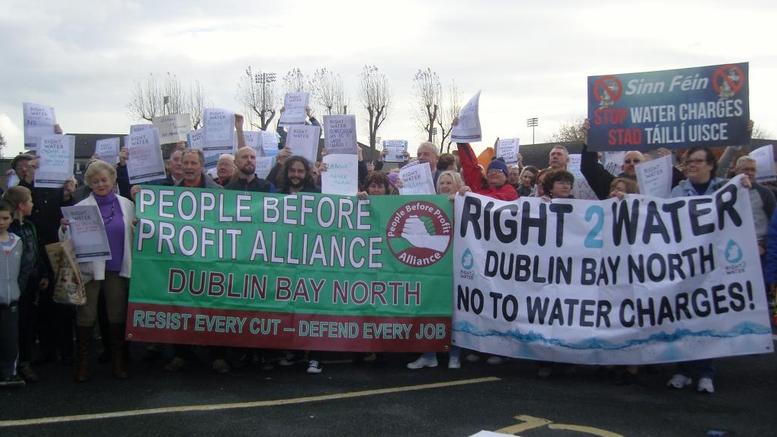 Groups of protesters from Greece and the U.S. city of Detroit will meet with their Irish counterparts in a mass rally outside the Irish parliament in Dublin on December 10 to voice their opposition to Detroit City plans to turn off the taps of those who can’t afford to pay their water bills.

The Right2Water campaign rally will take place outside the Dáil (Irish parliament) on December 10. It follows their two large-scale ‘days of action’ in recent weeks, each of which were attended by over 100,000 people, according to theJournal.ie.

The Detroit Water Brigade has been mounting an ongoing campaign of protest against the Michigan city authorities that plan to turn off the water of residents who don’t pay their water bills.

In a statement issued after a three-day mission to Detroit, the UN representatives said the severance of water supplies to 27,000 homes over unpaid bills violated human rights, the Journal report says.

Detroit is the largest U.S. city to ever file for bankruptcy protection in July last year. Municipal authorities began disconnecting water services earlier this year for all households that have not paid their bills for two months.

Irish Environment Minister Alan Kelly said last week householders will not have their water supply cut off, or reduced if they don’t pay the water charges.

Kelly said he wanted to address concerns that “people may have about their water pressure being reduced to a trickle for non-payment.”