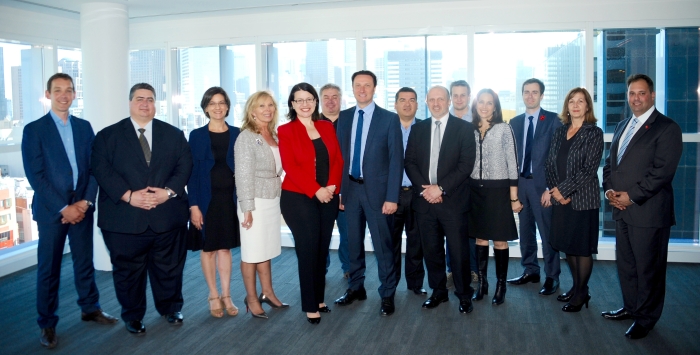 A Daniel Andrews Labor Party government will provide $100,000 each year during its first term towards the iconic annual celebration of Hellenic culture.

The Greek Community of Melbourne’s two-day Glendi in Lonsdale Street at the heart of Melbourne’s Greek precinct is one of the most prominent multicultural events in Victoria.

Abundant performances, activities and food make the Glendi a weekend carnival for all Victorians, attracting over 150,000 people in 2014.

Known as the biggest event of its kind outside of Greece, the Lonsdale Street Glendi showcases the enormous success of Victoria’s multiculturalism. The Labor party’s announcement reaffirms its commitment to the Greek Community in Victoria.

“The Greek community has made an enormous contribution to all aspects of life in our state. Labor’s commitment recognizes this contribution,” said Andrews. “Melbourne has the largest Greek population of any city outside of Greece in the world and the Lonsdale Street Glendi gives all Victorians a great opportunity to appreciate Hellenic culture.”

Earlier this year, the Labor Party made a $360,000 commitment to the Australian Greek Welfare Society for social workers to assist newly arrived migrants from Greece. The social workers will be based at Australian Greek Welfare Society offices in Brunswick and out-posted to the Greek Community of Melbourne offices in Lonsdale Street. Furthermore, the political party promised a $60,000 grant to the Oakleigh Greek Glendi on November 2. The announcement today brings Labor’s election commitments to the Greek community to $820,000.