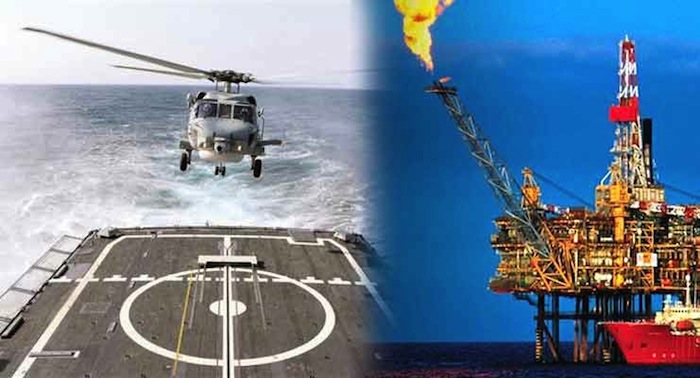 Turkish President Recep Tayyip Erdogan stated he is determined to claim rights to energy reserves inside Cyprus’ exclusive economic zone (EEZ). Tension between Turkey and Greece continued on Sunday, when the Commander of the Turkish Naval Forces, Admiral Bulent Bostanoglu, said that he is ordered to follow  new rules of engagement in case Turkey is provoked in any way.
Following the invasion of the Turkish Barbaros — a seismic survey vessel, inside Cyprus’ exclusive economic zone (EEZ) — and given its intention to set up a drilling platform within the island’s maritime borders, Turkey continues to provoke, violating the United Nations Convention on the Law of the Sea.
Turkish provocations in the Mediterranean continued last week, after the Turkish navy corvette entered Greek waters and sailed 100 miles from Piraeus Port, raising tension in the Greece-Turkey relations.
According to opinions by political analysts, Turkey is annoyed by the trilateral agreement between Greece, Cyprus and Egypt and the meeting of the three countries’ leaders in Cairo on Saturday where they discussed energy reserves. Also, the strengthening of trade ties between Cyprus and Israel create another front against Turkey’s aggressiveness.
Admiral Bostanoglu said that if Greek or Israeli warships intervene during the Blue Whale 2014 Turkish naval exercise, he will follow the new rules of engagement. Turkish authorities said that Blue Whale is a biannual naval exercise and has nothing to do with the current tension in the Mediterranean or the protection of the Barbaros seismic ship inside Cyprus’ EEZ.
Greek Foreign Minister Evangelos Venizelos will meet with President of the Republic Carolos Papoulias to discuss the situation in the Eastern Mediterranean and later on, the National Council on Foreign Policy will convene at the Ministry of Foreign Affairs.