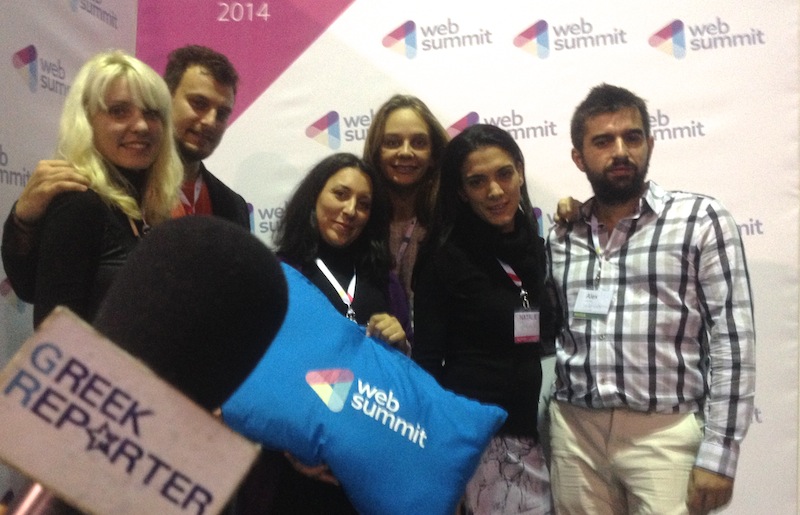 We traveled to the Web Summit 2014 in Dublin to meet the Greek Startup teams that were invited to the largest internet & tech event in Europe.

“There are also other startups that are based outside of Greece but they were founded by Greeks. You hear Greek very often at The Summit, noted Stefanos Basdekis who co-founded the hotel search engine Travelmyth together with his childhood friend John Nousias.

“The Greek startupers were very well prepared and left a very good impression to VCs and attendees of The Summit,” said Manolis Kiriakakis of Panel Sensor a tech company that fosters audience interaction and tracks real time results for event organizers.

A Greek-American who played a key role for Coca-Cola’s booth at the largest European tech event is Petro Kacur, the media director of The Coca-Cola company.

“People ask me why is Coca Cola here,” admitted Kakur. “We are not a tech company, but a large company that hopes to connect with the world’s best entrepreneurs that offer solutions to our global operations.”

The Coca cola company sponsored The Pitch, a Web Summit special event where startupers presented their projects and prominent executives selected the best ones to receive monetary rewards as well as business support and access to Coca Cola’s network.

Watch our exclusive interviews from the Web Summit 2014 and meet some of Greece’s brightest entrepreneurs below: