GRNews
GreekReporter.comBusinessGreeks Will Pay More Than €37 Million for the New iPhone

Greeks Will Pay More Than €37 Million for the New iPhone 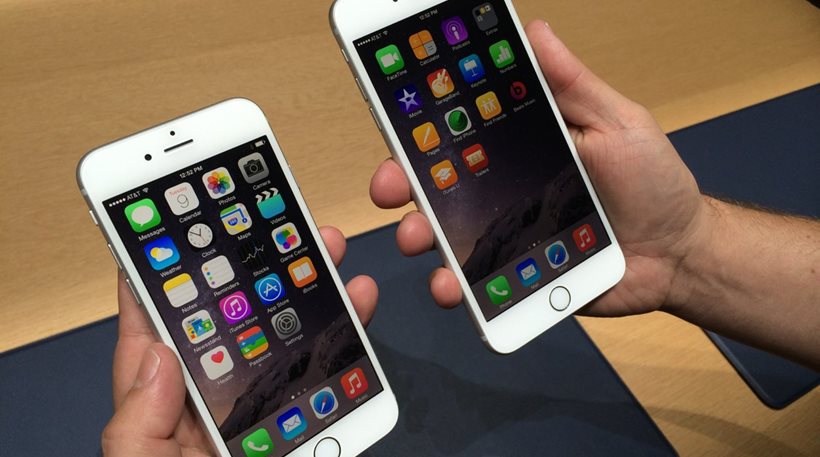 The new iPhone is available in Greece as of October 31 and demand exceeded supply by far. According to electronics retailers, pre-orders from last week only, were far more than the initial available supplies.
Although there were no lines or camp-outs upon their arrival, like it happened in other countries, Greeks seem very eager to acquire the new iPhone models.
The first batch arrived was 10,000 units and was supposed to cover initial orders by mobile phone service providers and retailers. Industry sources said that pre-orders reached 50,000 units of iPhone 6 and iPhone 6 Plus. This means that the new Apple best seller is in limited supply in Greece at the moment.
The total cost is estimated at 37 million euros, and despite the economic crisis, many Greeks rushed to electronics stores and mobile phone service providers’ outlets to see, test or buy the new Apple smart phone.
According to industry sources, the biggest part of the initial arrivals in Greece is the iPhone 6 (with the 4.7 inch screen) and 20% is the iPhone 6 Plus (with the 5.5 inch screen). Also, the majority of the batch is the 16 GB capacity, while the largest demand is for the 64 GB units.
Prices start at 739 euros for the iPhone 6 with 16 GB and at 859 euros for the iPhone 6 Plus with 16 GB. Both models are available at silver, grey and gold.
Retailers estimate that initial quantities will run out during the weekend, since stores will be open this Sunday. However, they promise that new batches will arrive next week.
Also, as of October 29, the new iPad Air 2 and iPad Mini 3 are available in Greece.