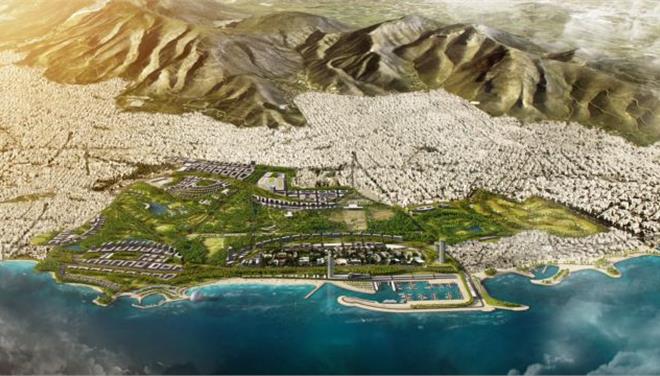 Elliniko was sold for a whopping three times less than its true value, according to a report published by the Technical Chamber of Greece (TEE) at a special open event.
The value of the 6,200 acres of the former Athens international airport in Elliniko, Agios Kosmas, is considered to be about 3 billion euros, but it was sold by Hellenic Republic Asset Development Fund (TAIPED) to Lamda Development for only 915 million euros last year.

The highly valued property — characterized as one of the most profitable in the southern suburbs of Athens — was sold by TAIPED, in accordance with the Greek government, 222% less than its assessed value, while TEE underlines that the average price of 92 euros per square meter was similar to less affluent areas such as Vrachati in Corinth. This value does not correlate with the surrounding upscale areas of the southern suburbs of Athens. In addition, the report argues that the 955 acres of buildings in Agios Kosmas alone, should have been sold for at least 1.5 billion euros, exceeding the agreed deal by a landslide. In terms of the evaluation revealed by the report undertaken by TEE members, president of the Chamber, Christos Spirtzis, underlined that “TAIPED is a poor auction house, without starting values and with only an offer. There is a big issue for the operation of the Asset Development Fund.”

In a severe attack against the government, Mr. Spiritzis said, that “with today’s assessment we are doing what the TAIPED should have normally done. It is obvious that the political responsibilities are huge for this step by step approach of selling out Elliniko.” Finally, he invited opposition and government party representatives in a battle to “protect the public interest, wherever any of us belongs politically or ideologically.”