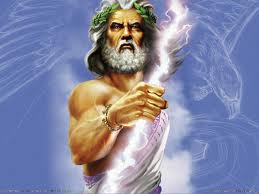 Sotiris Stralis, a Hellenic Air Force captain, moved all of Greece with a message he delivered to President of the Hellenic Republic Karolos Papoulias during the October 28 national parade in Thessaloniki.
During an air show yesterday at the northern Greek port city of Thessaloniki to mark the anniversary of the October 28 national holiday, the captain said “Lift your head up.” Stralis and his genuine message has touched the hearts of many citizens who have reproduced his phrase in social media.
As he stated this morning on a Greek morning show, he wanted to pass the message of the Hellenic Air Force team he represented. He said that this moto is what Greeks should feel: pride and respect.
“We know that Greek people honor the country’s Air Force. We would like to thank all Greek people who responded to our message yesterday,” he stated.
Stralis has flown more than 1,700 hours, most of which at an F-16 aircraft. He has been awarded the title of the Best Pilot by NATO in 2011 and he is a pilot of the Air Force F-16 ‘Zeus’ team that specializes in air shows. Yesterday, he literally “danced” in the skies of Thessaloniki for more than 12 consecutive minutes.