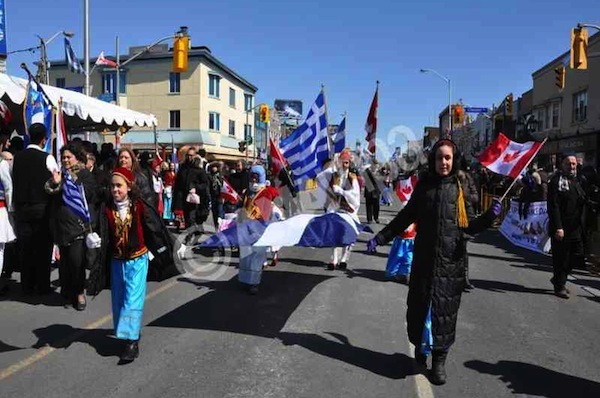 For yet another year, the Greek community of Montreal celebrated the “Oxi” national day with brilliance and mass participation on Sunday. Doxology for those who gave their life in the Albanian Front took place in Saint George Cathedral by sacerdotal foreman father Panagiotis Salatelis.

The ceremony was followed by a meal in the Greek Communal Center, where honorary accolades were given to city councillor Mary Deros for her 15-year public offering, Ioanna Tsoubleka for her support to the elders through “Filia” association and Lefteris Michailidis for his 50-year contribution to the “Efxinos Pontos” Pontian Association of Montreal.

At the same time in Toronto, the annual parade ended up in Alexander the Great square, where a laurel wreath was given in memory of those died during the Balkan Campaign and the Greco-Italian War, followed by a doxology.