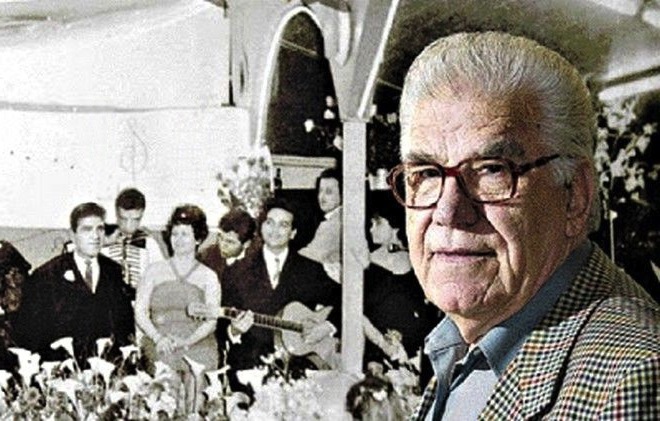 The great Greek singer, songwriter and composer Spyros Zagoraios has died at the age of 86.
Spyros Zagoraios was born in 1928 in the neighborhood of Gouva in the Pangrati area of Athens. At the age of 15, he lost his arm when a grenade exploded while he was playing with his classmates in Agia Paraskevi.
He began his singing career in Athens in 1952 before moving to Thessaloniki. In the early 1960s, his wife Zoe started singing alongside him, the start of one of the most famous “rebetico” duets in Greek history.
Throughout his carreer he collaborated with many great Greek singers and composers. For decades his songs were leading hits throughout Greece.
Music was his entire life, he once said in an interview. “I like to sing, my whole life is singing. Even when I walk around I whistle.”
Later in life he sang at his own stage in Aegaleo – named “Entelamagken” after one of his greatest hits.

A group of Greek volunteer mechanics went to Evia fix vehicles that were heavily damaged in the flood in August of 2020.
Ancient Greece

Games and workshops based on Ancient Greece and its political figures were recently created by group of academics from the University of Exeter in England.
Europe

Greek, Armenian and Syriac genocide committed by the Ottoman Empire in the beginning of the 20th century were recognized by the Netherlands earlier in the week.