GRNews
GreekReporter.comGreek NewsMaria-Olympia of Greece Making Her Mark in Fashion

Maria-Olympia of Greece Making Her Mark in Fashion 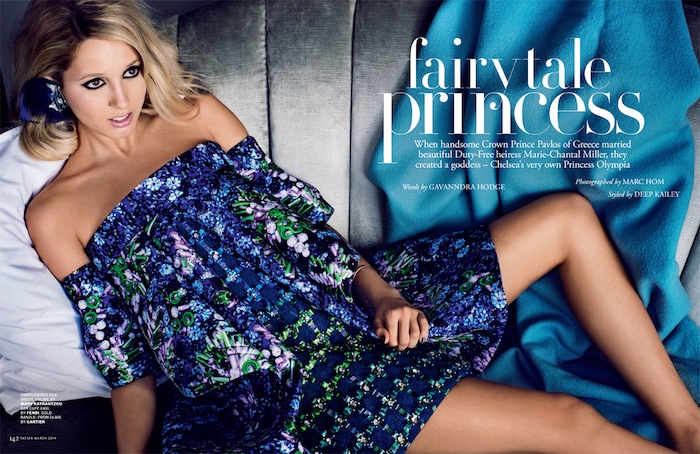 Maria-Olympia of Greece is quickly becoming a well-known name — and face — in the fashion world.

The blonde beauty has appeared in numerous magazines, including W.  She was also featured in a spread for Tatler magazine earlier this year, in which she spoke of her plans to study at NYU as well as her summer trips to Greece.

The 18-year-old is the daughter of Marie-Chantal and Pavlos of Greece. She was born in New York, but now lives in London. Her grandfather, former King Constantine, and his wife, former Queen Anne-Marie, recently moved into a home in Porto Heli, where she visits during her summers spent in the Mediterranean.

“I love Greece,” she told Tatler. Though she doesn’t speak the language, she says she “wishes” she did.

On her Instagram account (her username is olympiagreece), she shares photos of her trips as well as her other work in fashion.

To see additional photos from Maria-Olympia of Greece’s feature (she sported pieces from Greek designer Mary Katrantzou’s collection) and to read more from her interview, check out Tatler.com