GRNews
GreekReporter.comGreeceGreece Third Among '12 Countries That Hate Their Government Most'

Greece Third Among '12 Countries That Hate Their Government Most' 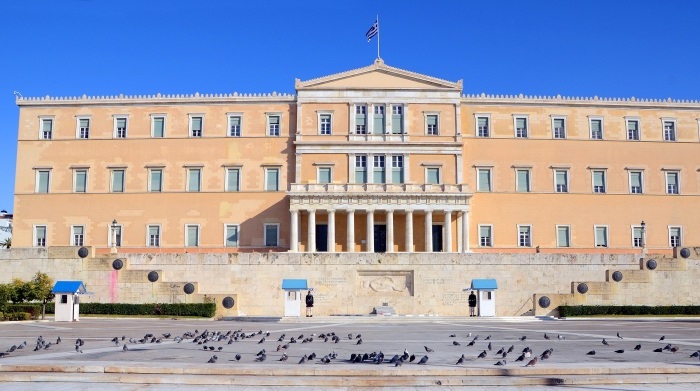 Huffington Post recently published a Gallup survey of the “12 Countries That Hate Their Government Most.” Greece ranks in third place, just behind Bosnia-Herzegovina and Bulgaria.
“In many countries, lawmakers and their governments are quite unpopular. U.S. President Barack Obama’s approval rating sank to 42% in October from over 65% when he was elected into office, according to Gallup. However, Obama still looks exceptionally popular in contrast to some governments’ approval ratings. The government of Bosnia and Herzegovina, for instance, had the world’s lowest approval rating, at just 8%. Based on Gallup’s study “Global States of Mind 2014″ released at the Meridian Global Leadership Summit, these are the countries that hate their government most,” reads the article.
People’s perception of their own economic future plays a major role in governmental approval ratings. For poorly-rated countries, “the common denominator is really the gap between the human potential — the level of education and employability — and where people see the opportunity to build a life for themselves.”
This gap is often reflected in unemployment rates. Last year, each of the three nations with the lowest approval ratings — Bosnia-Herzegovina, Greece and Spain — had annualized unemployment rates of more than 26%, among the highest in the world. Three other nations — Bulgaria, Jamaica and Portugal — had unemployment rates of 13.0%, 15.3% and 16.2%, respectively. By contrast, the United States has not had an unemployment rate above 10.8% in any single month since 1948.
A number of the countries with the lowest government approval ratings are highly-developed nations — Spain, Portugal and Greece, for instance — in which the economy has languished in recent years. Citizens of such nations can become disillusioned with their leadership when they realize “there’s a gap between what the government can do, and what is needed.”
Perception of corruption can also play a role in shaping residents’ approval of their government. In 10 of the 12 nations with the lowest governmental approval ratings, more than 80% of those polled believed that government corruption was widespread. 89% of Spaniards believed that corruption is prevalent in their government – the eighth highest percentage of any country in the world. Residents of Greece and Bosnia and Herzegovina felt even stronger.
The following 12 countries hate their governments most:
1. Bosnia-Herzegovina
2. Bulgaria
3. Greece
> Percentage approving of government: 14%
> Percentage who believe that government corruption is widespread: 91% (tied, 2nd highest)
> 2013 unemployment rate: 27.3% (2nd highest)
Greece had the second highest debt to GDP ratio in the world last year: over 175%. In 2012, the country defaulted on its bonds, triggering massive losses for investors. But while both Moody’s and Standard & Poor’s recently upgraded Greece, claiming to have seen improvement in its fiscal position and economic outlook, Greeks have still had to endure the austerity measures that were the conditions of the country’s bailouts. Austerity measures in Greece have increased the appeal of fringe left- and right-wing political groups, both of which performed well in recent elections. This year, just 14% of Greeks approved of their leaders. Just 23% and 29% approved of the leadership of the EU and Germany, respectively, while just 19% of Greeks had confidence in the country’s financial institutions.
4. Czech Republic
5. Moldova
6. Pakistan
7. Peru
8. Romania
9. Costa Rica
10. Jamaica
11. Portugal
12. Spain