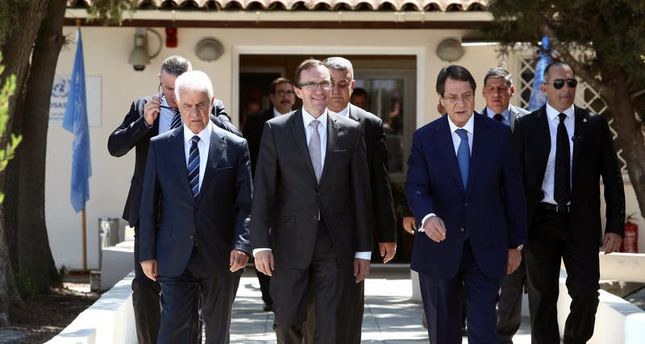 Turkish-Cypriot leader Dervis Eroglu has sent a letter to UN Secretary General Ban Ki-moon, calling for the re-launch of negotiations with the Greek-Cypriot administration.
According to a statement issued on Saturday, Eroglu called on the Greek-Cypriot side to return to the negotiating table.
The UN letter comes after the Greek-Cypriot administration suspended talks on October 8, as a response to Turkey’s act of sending a warship to monitor an oil and gas exploration mission off Cyprus’ coast.
“Negotiations are the only way to reach a solution,” said Eroglu, calling on the Greek-Cypriot side to return to the negotiating table to reach “a fair, sustainable and negotiated solution.”
The negotiations between the two sides had resumed last February after a two-year pause. The previous round of talks had collapsed due to the Eurozone debt crisis and the Greek-Cypriot side’s turn to occupy the EU presidency in 2012.
Cyprus is a member of the EU and is internationally recognized except from Turkey, which remains the only country that recognizes the so-called “Turkish Republic of Northern Cyprus.”